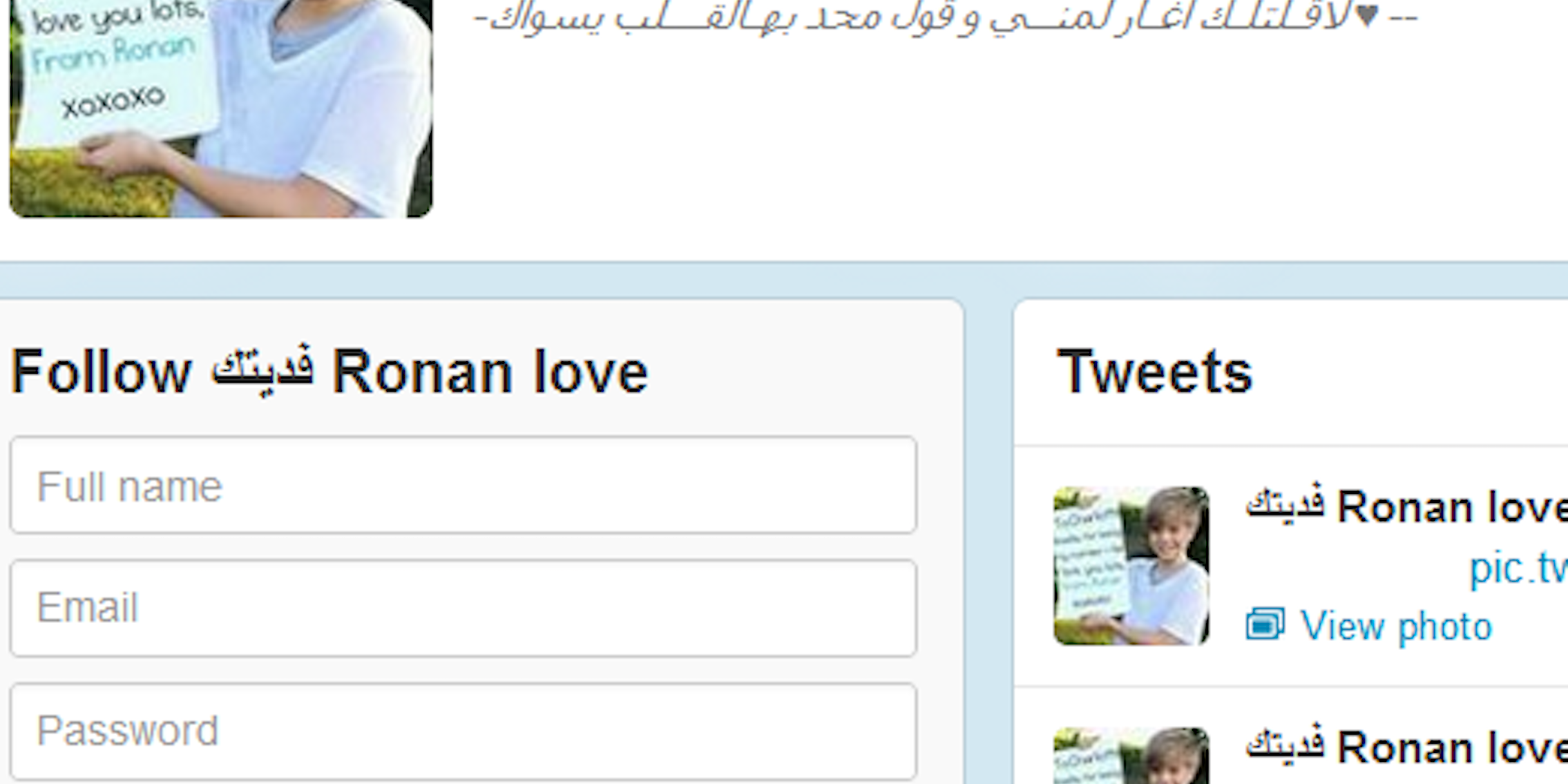 In an impressive show of solidarity, one of Anonymous’ largest Twitter accounts has helped get an alleged Twitter pedophile banned from the site in about an hour.

Early Thursday morning @YourAnonNews implored its 615,000 followers to report @many501611 to Twitter because of horrifically graphic photos of young boys posted publicly on the account.

@many501611’s profile photo was of 14-year-old Ronan Parke, an English singer who rose to prominence following his appearance on Britain’s Got Talent in April 2011. The account was suspended as of noon ET.

According to Twitter’s official child pornography policy all tweets and accounts disseminating that sort of content should be reported to the microblog so it can be “removed from the site without further notice and reported to The National Center for Missing & Exploited Children.” Twitter also adds that those accounts will be permanently suspended from the site.

On June 5 Anonymous used the #TwitterPedoRing hashtag to expose alleged pedophiles using Twitter to inappropriately communicate with minors and share illegal content. About a week after the campaign launched, the U.S. Immigrations and Customs Enforcement (ICE) arrested 190 child pornography offenders, although a direct connection to Anonymous could not be proven.