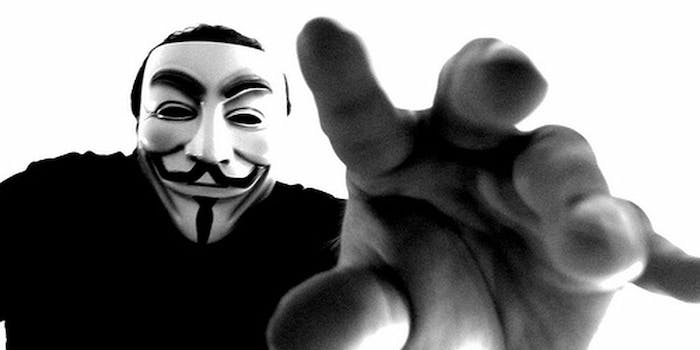 Anonymous gets ready for November raids

Members of Anonymous, a loosely-knit group of hacktivists, are calling for a three-pronged attack on Facebook, banks and Fox News. The question is whether any of them will really happen.

November 5, known as Guy Fawkes Day in Britain, is a special day for Anonymous. Their signature look is the Guy Fawkes mask made popular in the movie V for Vendetta, after all.

And this November 5, Anonymous is celebrating by saying it will make three different raids: an attack on the social media giant Facebook, a physical protest against banks, and an assault on right-wing news network Fox News.

On August 11, a member of Anonymous released a YouTube video calling for fellow Anons to hack Facebook in an operation creatively dubbed “Operation Facebook.” Anonymous is targeting  Facebook for their inadequate privacy settings and for “selling information to government agencies and giving clandestine access to information security firms so they can spy on people from all around the world.”

Anonymous’s free-for-all nature confused matters. As the Daily Dot reported earlier, the call-to-arms video was refuted by a tweet by AnonOps, the Twitter stream of Anonymous Operations, only to be partially retracted with another tweet explaining that some members still might partake in the raid.

This dissension is not unusual, as Anonymous is a loose collective, or “hive-mind,” and nothing—including raids—ever receives unanimous support.

In the run-up to the “operation,” Internet denizens have taken to leaving encouraging messages for  Anonymous on their YouTube videos.

“DO IT!!!!! Hopefully Anonymous doesn’t get﻿ too drunk with power… Nonetheless I think they’re amazing and have supported every attack thus far” commented gggginaa1 on YouTube.

“I support this 100% though I use facebook myself, companies like this should not be selling personal info about a person to governments. Shut it down” wrote  Unnsteinsson.

Of course, there is no credible evidence at all to suggest that Facebook is in fact selling personal information to governments.

Anonymous’s raid on banks, announced in two different videos, with two different names, is less of a hack and more of a call for community protest.

“Operation Cash Back,” was announced two weeks ago via YouTube video, and the call-to-arms has already been duplicated various times.   “Operation Cash Run,” announced on Oct. 22, is the same operation but with a different name.

Both are is reminiscent of the “Move Your Money” project, which asks supporters to close down their accounts with large international banks. They also coincide with Bank Transfer Day, a Facebook group with over 25,000 like, which has a similar objective.

The second video, released today,  has received so many views since it was linked on Gawker, RT, Raw Story and other media outlets  that its viewcount is frozen—a typical phenomenon on popular YouTube videos.

“I’ve always looked at Fox News as publishing news that borderline Libel (the publication of matter in a defamatory manner). It would be nice for someone to show the truth for once and not the skewed version of it” wrote Bolderdash in a supportive comment on a Reddit thread about the video.

At time of publication, Fox News had yet to make a statement regarding the “Operation Fox Hunt” videos.

Fox News is no stranger to Anonymous. In fact, it is credited with broadcasting the first mainstream media report on Anonymous in 2007, calling them “hackers on steroids” and “an Internet hate machine.” Both phrases went on to become memes.

Whether any of this will actually happen remains to be seen. Anonymous’s success rate with raids is somewhat high—though as the earlier tweet by AnonOps made clear, not all members of Anonymous will be participating in the raids.

To be fair, Bank Transfer Day has broad-ranging support, so Anon may well simply be piggy-backing on the already-established movement.

Then again, it also might be a complete wash. As Gawker opined, the whole thing looks “like some teenager got fancy with the iMovie…and posted a video which was picked up by an overeager media.”