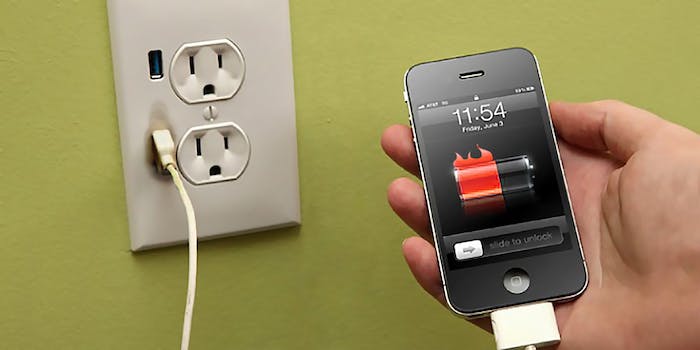 The dark corner of Amazon: faulty products and dangerous knockoffs

The online retail behemoth Amazon has been accused of failing to properly monitor what it's selling—and putting its customers' lives at risk.

The online retail behemoth has been accused of failing to properly monitor what it’s selling—and putting its customers’ lives at risk in the process.

Since opening up its site to third-party sellers way in 2000, Amazon Marketplace has come to account for around 40 percent of all sales on the website. But the company is failing to adequately police what is sold through its site. Dangerous, faulty goods are being listed, sometimes for months or even years, despite accumulating dozens or even hundreds of damning reviews.

One frequently faulty product we found on Amazon Marketplace is a USB charger for Apple iPods. With dozens of overwhelmingly negative reviews, it’s clear buyers whose plugs don’t turn on are the lucky ones; for others they hiss, overheat, stink of burning plastic, or even explode. 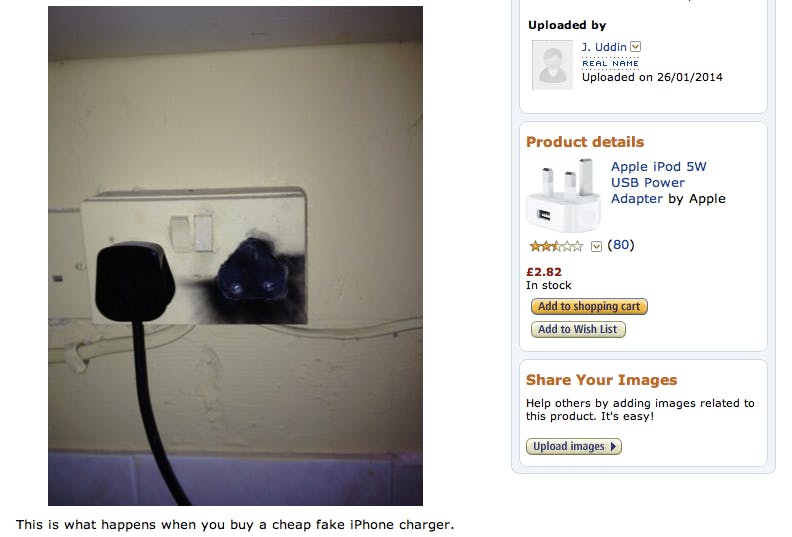 Mislabelled, fake, or faulty power chords have become such an issue for Apple that last year it launched a worldwide trade-in campaign to encourage people to use genuine products. The BBC also ran a documentary on the faulty chargers, which were cited in the tragic case of 23-year-old air steward Ma Ailun, who was reportedly killed by an electrical shock from her charger.

Our own Ned Donovan purchased a fake charger through Amazon. It was so poorly constructed that it melted when connected to a power supply (see photo below). 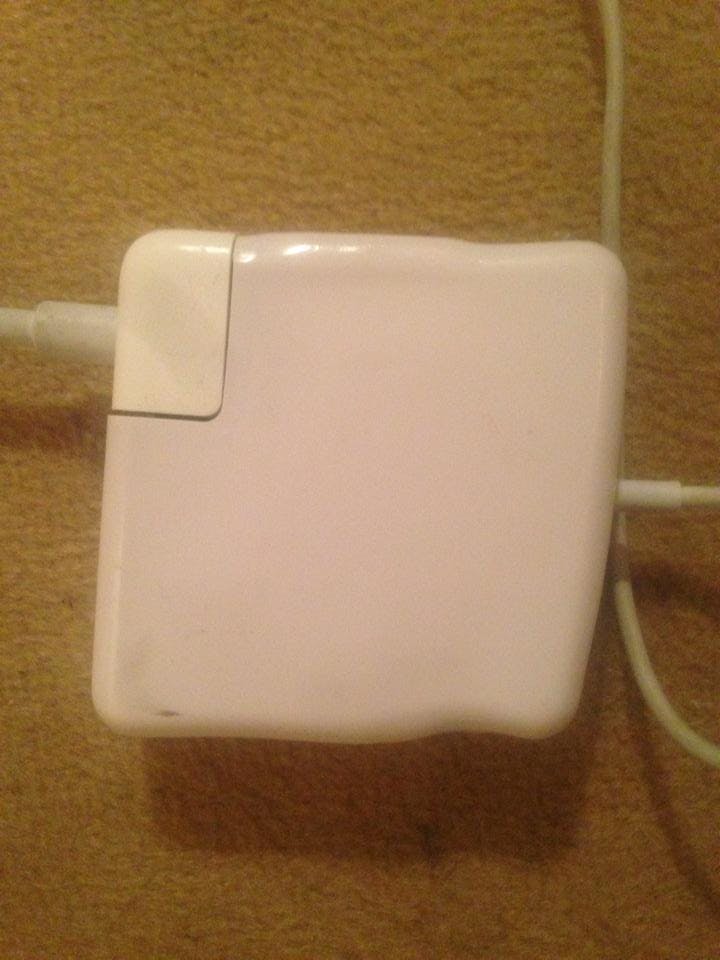 Despite this, the plugs, sold by third-party seller HFHF INC, have remained on Amazon for at least a year. The first bad reviews came in April 2013, and as recently as last week, reviews reported the chargers were breaking phones, not working, or simply never arriving.

This is not a niche product, either: HFHF INC’s charger is the best-selling product in the entire Adapters category on Amazon. Though its description defensively notes it is “NOT MANUFACTURED BY APPLE,” the brand is still labelled “Apple” at the top of the page. Additionally, reviewers have pointed out the physical product is fraudulently branded as “Made by Apple, California,” and bears almost certainly fake CE (“Conformité Européenne”) safety markings. 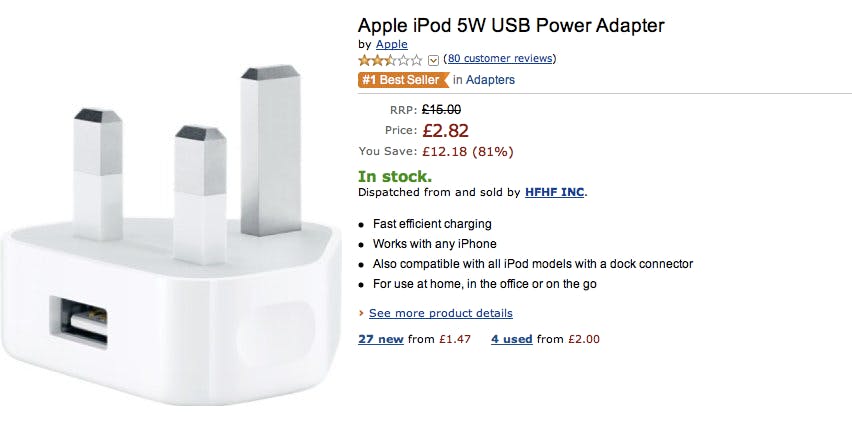 And this is just one plug. A quick search reveals dozens more counterfeits and faulty products just like it, with similarly cautionary reviews warning of meltdowns and malfunctions.

A pattern of ambivalence

These are not isolated incidents.

Whose responsibility is it?

Amazon could easily argue that it has neither the time nor resources to police everything listed by third-parties on its site. That’s not too dissimilar to the submission policies on YouTube or Google Play, both of which rely primarily on users flagging offensive content.

The difference, of course, is that when an Amazon item isn’t as described, it isn’t just an unsavoury viewing experience or an app that plays fast-and-loose with your privacy settings. It could have real, personal, and potentially deadly effects.

Amazon’s inability to police everything in its catalog shifts the burden of responsibility to the consumer to vigilantly research the products and reviews before purchases.

However, appearances can be be deceiving on Amazon. The company’s star rating can mislead customers by grouping all products that appear to be identical under the same rating, no matter who’s selling the product.

When it comes to assessing the validity of a product, the odds appear to be stacked against the customer.

Amazon did not respond to a request for comment by press time.

Update: The integrity of one of the sources and case studies originally cited in this article has come into question. All references have been removed and replaced with alternative examples.