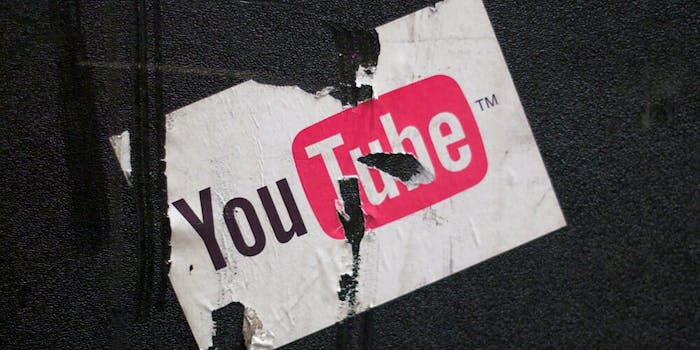 YouTube crackdown on extremism to ban thousands of videos

Videos denying the Holocaust and the Sandy Hook shooting will be targeted.

YouTube announced changes to its hate speech policy Wednesday that will ultimately lead to the removal of hundreds of thousands of videos.

In a post on the Google-owned company’s blog, YouTube stated that it has now prohibited content that claims “a group is superior in order to justify discrimination, segregation or exclusion based on qualities like age, gender, race, caste, religion, sexual orientation or veteran status.”

The change will ban videos that “promote or glorify Nazi ideology,” for example, but will also affect content that denies violent historical events such as the Holocaust and the Sandy Hook shooting.

YouTube also stated that it would be expanding enforcement on rules already in place to reduce the spread of content it deemed as coming “right up to the line.” Videos such as those that push the theory that the Earth is flat or those that promote fake cures for serious diseases will become less visible to users.

Those who do watch questionable content just outside of YouTube’s policy rules may also be recommended videos from “authoritative sources” such as major news organizations. YouTube channels that “repeatedly brush up against” the hate speech policies will also lose the ability to run ads on their videos.

“The openness of YouTube’s platform has helped creativity and access to information thrive,” the company said. “It’s our responsibility to protect that, and prevent our platform from being used to incite hatred, harassment, discrimination and violence.”

The change comes just days after Vox writer Carlos Maza alerted YouTube to videos in which his race and sexual orientation were mocked by conservative commentator Steven Crowder. YouTube on Tuesday declined to take action, arguing that while Crowder’s remarks were “hurtful,” they did not violate its policies.