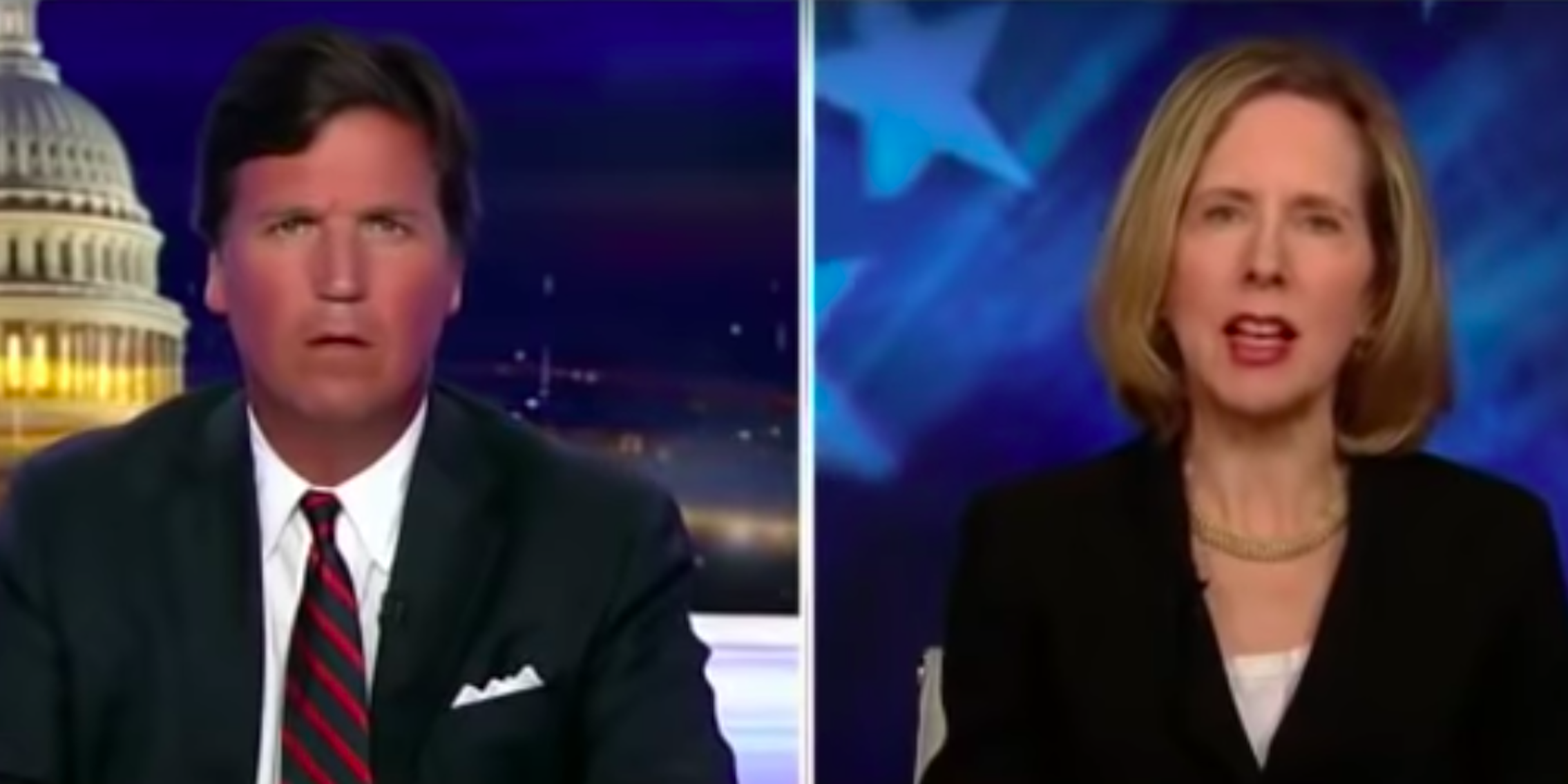 Twitter calls out Ancestry.com for advertising on Tucker Carlson

"There’s a lot of females that are angry, angry for no reason at all."

Over the past few days, Fox News’ Tucker Carlson has made repeated misogynistic comments, leading to more calls on social media to boycott the show

On Carlson’s Jan. 2 and 3 shows, the Fox News host, whose previous tirades echoed white nationalist sentiments, claimed that the greatest problem facing America can be boiled down to the decrease in men’s earning power.

Carlson cited reports by the Brookings Institute and MIT, saying that falling male wages lead to declining marriage rates, which in turn leads to increased single parenthood, and thus more children on drugs and in prison.

“We are living in a time when males are being constantly disparaged,” said guest Heather Mac Donald, a fellow at the Manhattan Institute and author of the book The Diversity Delusion: How Race and Gender Pandering Corrupt the University and Undermine Our Culture.

“We need to valorize males,” Mac Donald continued. “There’s a lot of females that are angry, angry for no reason at all.”

Twitter users were quick to point out that Mac Donald’s comments on Carlson’s show were anti-feminist, and called out advertisers for supporting the ideology.

These companies ran ads on Tucker, when that segment aired:@JennyCraig@LifeLock@_Visionworks@HISTORY@Ancestry@QunolOfficial @rejuvenatehome@elitesingles@StarKistCharlie@RedLobster@SandalsResorts@Genucel@itsjustlunchDC@bayer@LifeLock@sheex@CancerCenter@tecovas

Ancestry.com, in particular, came under fire. That company said it would not support Carlson’s show after he made disparaging comments about immigrants, but was back advertising on the Jan. 3 segment, as were Red Lobster and Jenny Craig.

.@Ancestry, in December, you said that you were not advertising on Tucker Carlson Tonight after his comments about immigrants making our country “dirtier”.

Tonight, you advertised on the program.

Can you confirm your plans moving forward? https://t.co/wju2gaqDaC

This is low @TuckerCarlson

When women make more than men, it "causes a drop in marriage, a spike in out-of-wedlock births and all the familiar disasters that inevitably follow. More drug & alcohol abuse, higher incarceration rates … This is not speculation" pic.twitter.com/1TmGhmyo01

The conversation was a rehash of Carlson’s Jan. 2 show, in which he made a surprising, if circuitous, critique of the free market—and tied it to the downfall of the traditional nuclear family.

“Manufacturing, a male-dominated industry, all but disappeared over the course of a generation. All that remained in many places were the schools and the hospitals, both traditional employers of women. In many places, women suddenly made more than men,” he said.

“Now, before you applaud this as a victory for feminism, consider the effects. Study after study has shown that when men make less than women, women generally don’t want to marry them. Maybe they should want to marry them, but they don’t. Over big populations, this causes a drop in marriage, a spike in out-of-wedlock births, and all the familiar disasters that inevitably follow: more drug and alcohol abuse, higher incarceration rates, fewer families formed in the next generation.

Instead of critiquing a system that doesn’t provide quality, affordable education or training for tech jobs, Carlson shifted focus onto women who don’t want to marry men with lower-paying jobs.

On Jan. 3, Carlson reiterated the point, blaming feminists and the supposed progressive elites for the downfall of culture.

“If you’re wondering how we wound up in the dark age we’re currently living through right now, this is how. This is why important science is no longer being done. It’s why art isn’`t being made. This is why comedy is dying,” he said.

“They’re drunk on power and looking for new people to hurt. Someday, we’re going to look back on this moment with shame and horror.”