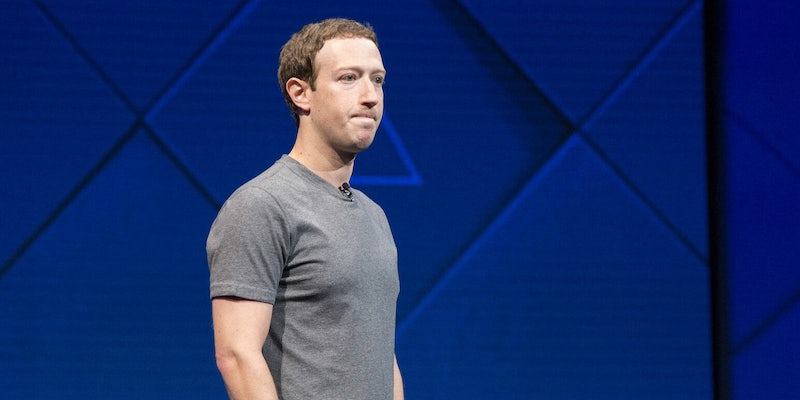 Facebook CEO and founder Mark Zuckerberg has taken out full-page ads in a number of American and British newspapers, offering an apology for his company’s role in the ongoing Cambridge Analytica scandal. The statement―which was signed by Zuckerberg―said that massive social media platform has “a responsibility to protect your information” and does not deserve such info if it’s unable to do so.

“You may have heard about a quiz app built by a university researcher that leaked Facebook data of millions of people in 2014,” the ad from Zuckerberg reads. “This was a breach of trust, and I’m sorry we didn’t do more at the time. We’re now taking steps to ensure this doesn’t happen again.

“We’ve already stopped apps like this from getting so much information. Now we’re limiting the data apps get when you sign into Facebook,” it continues. “We’re also investigating every single app that had access to large amounts of data before we fixed this. We suspect there are others. And when we find them, we will ban them and tell everyone affected.

“Finally, we’ll remind you which apps you’ve given access to your information—so you can shut off the ones you don’t want anymore. Thank you for believing in this community, I promise to do better for you.”

Cambridge Analytica, which was hired to perform data operations for the Trump campaign, has denied using Facebook data for its work in the 2016 presidential election. It’s also claimed that it received the data from a third-party company, didn’t know that the information had been scraped in violation of Facebook’s terms of service, and deleted it after they learned how it was gathered.

BREAKING: It's taken a long & exhausting year to get Christopher Wylie out and on the record. Here, finally, is his truly extraordinary insider's view of making 'Steve Bannon's psychological warfare tool' #CambridgeAnalyticaFiles https://t.co/QubadW2MRe

The information was reportedly gathered by a third-party company called Global Science Research, or GSR, which gained access to more than 200,000 people’s data through an online survey and downloadable app. A loophole in how Facebook handled data access for apps at the time allowed GSR to view not just the information of the people who’d actually downloaded the app but their friend networks, too.

At some point, GSR reportedly handed this data off to Cambridge Analytica, and that aforementioned loophole effectively turned it from a trove of information on hundreds of thousands of users to tens of millions. The story has sent shockwaves through the tech industry and the political world, and despite initially staying conspicuously silent, Zuckerberg now appears to be speaking out to try to tamp down the criticism.