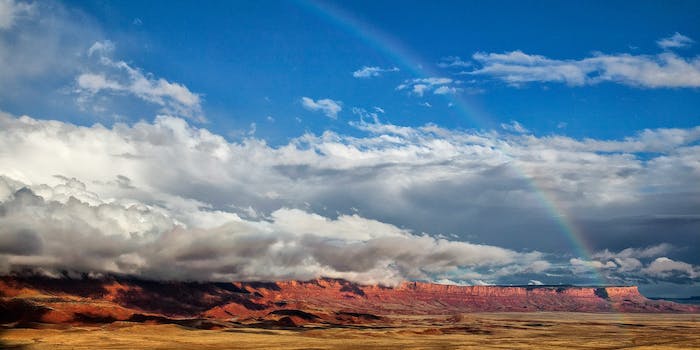 The staggering beauty of the national monuments threatened by Trump

Leading nature photographers joined together for a free ebook capturing the 27 U.S. national monuments being reevaluated by the Trump administration.

I’ll never forget the first time I experienced the feeling of nature lost. Oddly, I was on a hike on a trail that’s one of the more beautiful in the Central Cascades of Washington state.

Even though most of this tree had long been turned into homes and firewood, it was still something to behold. Each of the red and brown veins that formed its trunk was thicker than my arm.

While the forest along the Twin Falls trail today is beautiful, it is a mere shadow of the one that grew here more than 100 years ago. Where there were once giant cedars standing as sentinels of a diverse forest, today’s trees are more skinny and uniform. After all, they all took root at the same time after the old-growth trees were methodically removed.

And what happened at Twin Falls was repeated nearly everywhere. In my state, the only place to experience a forest that’s at all reminiscent of what the first modern settlers saw is in a national park.

I understand we can’t save 100 percent of everything. But we also shouldn’t settle for saving 0 percent. And that seems to be the direction we are heading.

As I write these words, nearly two dozen U.S. national monuments could soon lose their protected designation. They include an area in Arizona where ancient sand dunes have turned into colorfully swirled rock, one of the last truly wild stretches of the Missouri River, and a place where lava fountains once sprayed thousands of feet into the air (you can still see where the vents were).

They are all spectacular sites that have managed to survive despite massive development that surrounds them. And they deserve to survive for generations to come.

The final decision on the fate of these wonders of nature won’t be made until after a public comment period. That is why I have teamed up with several leading nature photographers to produce the free book, Land Almost Lost: A Call to Save Our National Monuments. We are working together to show you what we are all on the verge of losing. And to ask you to take action so that we don’t lose it.

Enjoy the book. Then raise your voice so that you can continue to enjoy this land.

Kevin Eli is a nature photographer and one of the contributors to Land Almost Lost: A Call to Save Our National Monuments, a free ebook that features photos of each of the 29 monuments being re-evaluated pursuant to an executive order by President Trump. Its release coincides with the start of the 60-day public commenting period on the plan. To download the ebook and learn more about the monuments at risk, visit Land Almost Lost. Then make your voice heard here, and follow up by contacting your representative and senators.