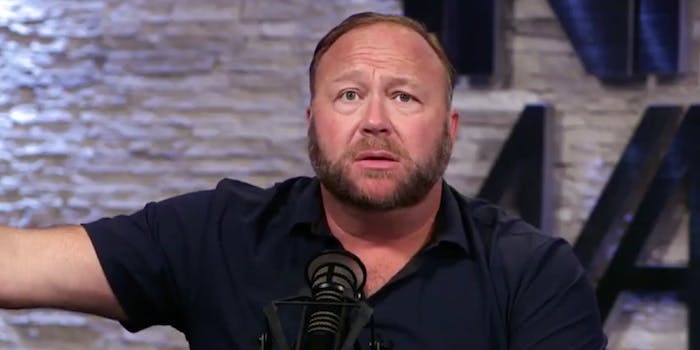 It seems no one, uh, told the liberals.

InfoWars host Alex Jones reported Sunday that Democrats are trying to start a civil war on July 4, but it seems no one, uh, told Democrats.

Jones, who’s known for spewing far-right conspiracy theories and spinning an endless cycle of fake news, claims progressive groups will be setting a violent insurgency into motion on Independence Day.

On Twitter, left-wing critics taunted Jones for the alarmist social media posts and wondered why they weren’t invited to the so-called civil war launch.

Anyone else having trouble getting their notifications about left wing Independence Day Cookouts / Armed Insurrection? https://t.co/uRTmG7RvE7

So Alex Jones says the liberals are starting a Civil War on July 4th? You guys are supposed to tell me about this crap, now I am totally unprepared!

Is there a dress code? Do I need a horse?

Damnit, all I bought was BBQ supplies. Seriously, why didn’t anybody tell me? pic.twitter.com/apTDQF56zd

Some volunteered to help plan, aka provide much-needed tuna casserole and color coordination.

Have we decided on a color to wear for Wednesday’s civil war, or is it just whatever doesn’t have bong water stains on it?

Can someone please pass along to republicans that they are not invited to the democratic civil war on the 4th? It's starting to sound like a really good time & they ruin everything.

Jokes aside, some people warned that Jones’ scaremongering, no matter how ridiculous, could provoke real-life violence.

While it’s fun to mock Alex Jones for being a fake Batman voiced lunatic, remember that in 2017 a pizza parlor was shot up by a man based on a conspiracy theory Jones pushed, so his “Democrats are launching a civil war” tweet might not seem so far-fetched to his crazy fans.

As of the time of writing, one person on Twitter said the civil war had been rescheduled for July 5.

LIBERALS, PLEASE NOTE: due to unforeseen circumstances, the Civil War will be postponed until the 5th of July. Please remember – parking will not be validated, and you must have exact change.