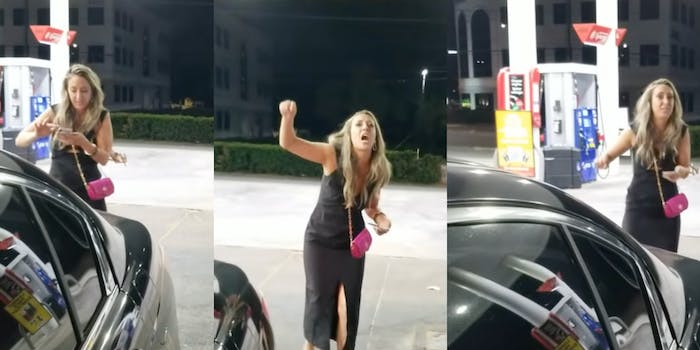 ‘It is extremely important to fact check’: Wrong ‘Stella’ identified as woman in viral Karen TikTok

The actual woman in the video, who told an Uber driver to 'Go back to Asia,' was later identified.

On Monday, the Daily Dot reported on a since-deleted viral TikTok video that was shared by @thailong704. In the video, a woman, who is referred to as “Stella” can be heard telling the Asian Uber driver to “Go back to Asia.”

The incident, which took place in Charlotte, North Carolina, allegedly occurred when the Uber driver made the woman and two other passengers get out of the car. He claimed that the woman was being racist and rude throughout the ride.

Since the video was posted, it has been shared numerous times on social media. A YouTube video of the encounter currently has over 49,000 views. Social media users have been trying to find the full name of the “Stella” in the video. Initially, users identified and posted a picture of the wrong woman on Twitter. Justin LaFrancois, publisher of the Charlotte alt-weekly Queen City Nerve, tweeted that many users told him that the initial woman pictured was not the right “Stella.”

The wrong Stella’s employer, threadUP, posted a statement on Twitter confirming that their employee was indeed misidentified as the woman in the video.

As another person was incorrectly named before Thomas, LaFrancois reminded Twitter users how important it is to confirm the identity of someone before spreading their name across the internet.

“It is extremely important to fact check this kind of information before attacking people on the internet,” LaFrancois said.