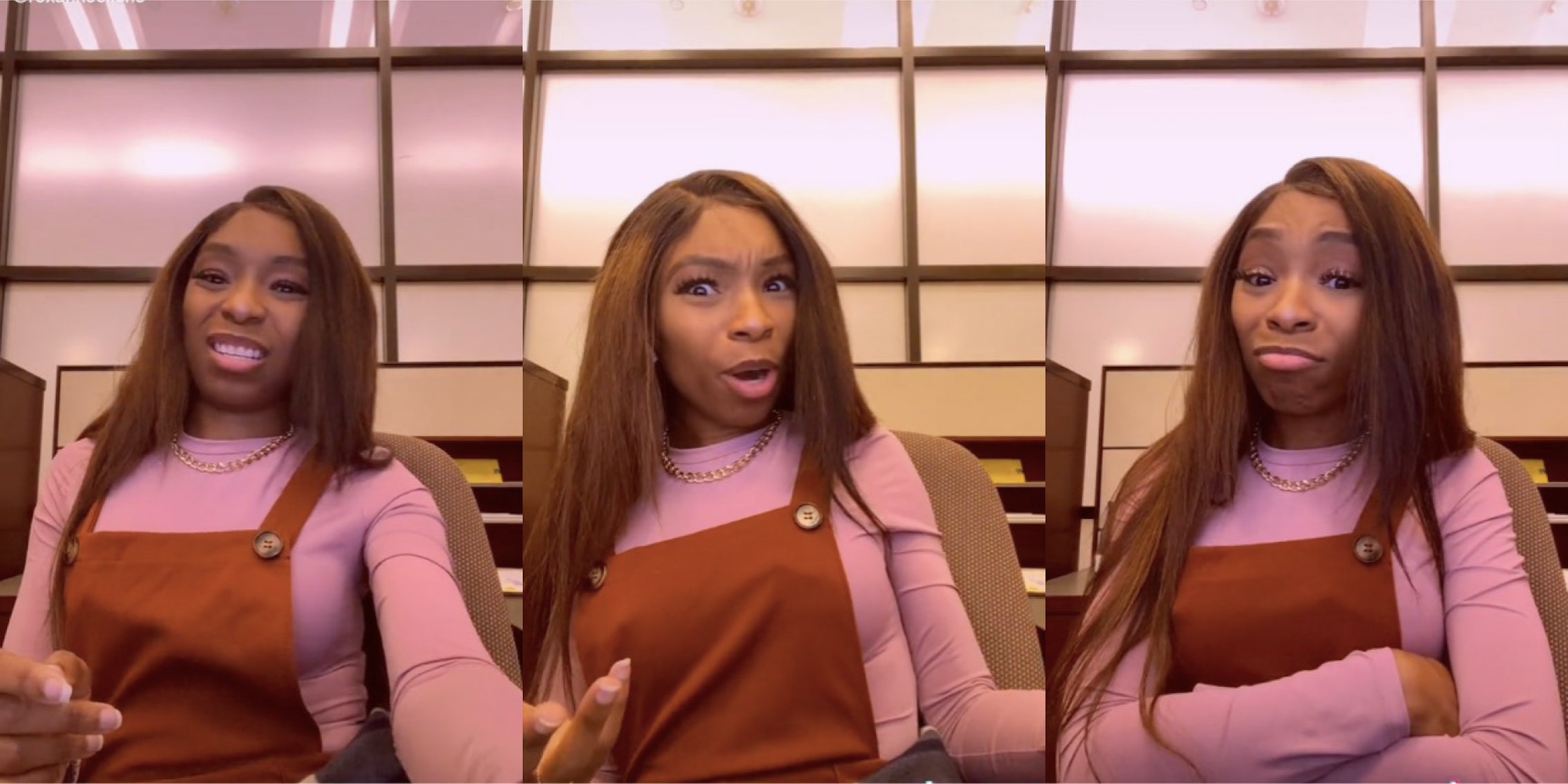 ‘I probably do 45 minutes to an hour worth of work’: Worker says she hates her job because she doesn’t have much to do and the day goes slowly, sparking debate

'I keep struggling, because I don’t do nothing all day, right?'

When people complain about their job, they typically complain about feeling overworked and having to deal with unrealistic workload expectations or tight deadlines. But what happens when your job is the polar opposite?

One TikToker went viral after filming a video of herself saying she hates her office job because she’s bored due to a lack of daily responsibilities.

In the video, which was posted on Oct. 19, Roxxane (@roxannecliche) says: “I keep struggling, because I don’t do nothing all day, right? So, in an 8-hour day, I probably do 45 minutes to an hour worth of work, if that. And the rest of the time, I’m just sitting here, but, during that time, I’m bored. I’m on TikTok all day, which is not healthy.”

Roxxane claims she feels complacent and that she struggles to find fulfillment in her work. She goes on to say: “But what am I supposed to do, go get a new job where I actually gotta work? And quite possibly make less money? To do more work? That feels like my own personal hell.”

The video quickly garnered attention and managed to accumulate over 122,000 views, stirring up a discussion in the comments section.

“Listen. I had a job like that and I left it to be more fulfilled and have tried two different jobs since and now I regret ever leaving that desk job,” a commenter said.

Others expressed confusion at the notion that the TikToker and many commenters don’t do much during their workdays. “I want to know how there are so many ppl in the comments with easy jobs. I have maybe 1 hour of downtime a day,” one commenter said.

One commenter gave advice on how to pass the time in a more healthy manner: “I started reading books. Sometimes I bring my little notebook and I write stuff” they said.

Another user commented “teach yourself a skill,” which prompted Roxanne to reply in a follow-up video. She said, “I have no desire to work, period. So when you say ‘teach yourself a skill’ if you mean a skill that I can then apply to another job, if it’s not a household skill, ‘cause all I want to be is a housewife, I’m not gonna do it”.

The Daily Dot has reached out to Roxxane via Instagram direct message.