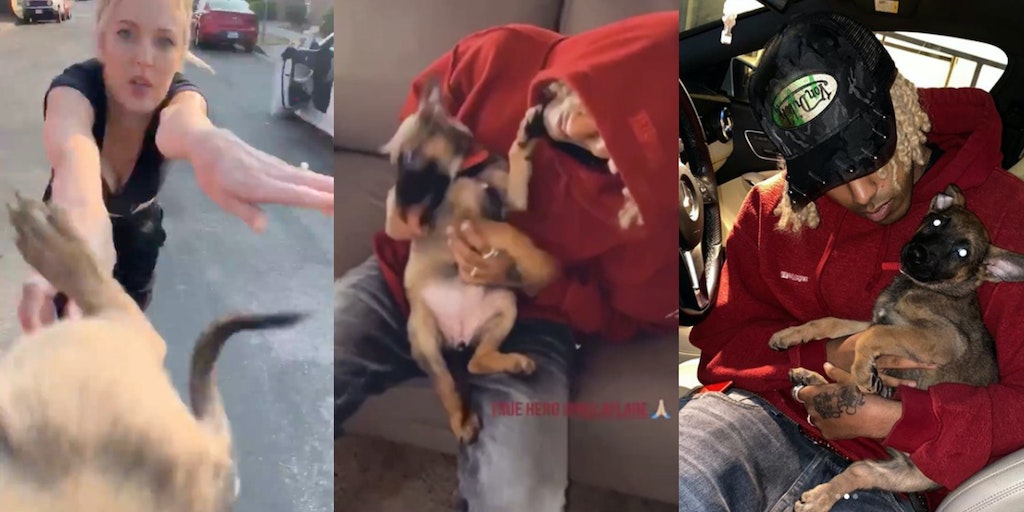 ‘Look how happy she is’: Man shares updates on puppy he kept after woman threw it at him

A video recently went viral of a woman throwing a puppy at a man.

There’s a touching follow-up to the viral video showing a woman throwing a puppy at a Black man.

A new Instagram photo and story series show the puppy, now named “Movie,” in the loving hands of the man (@mulaflare) who rescued her.

A friend filming an update called the young man a “true hero.”

“Look at how happy she is,” the friend says, as @mulaflare holds and pets her. “Look at that tail.”

In another video, @mulaflare appears to be giving her a bath.

@mulaflare also set up a GoFundMe, with the initial goal of $3,000, to take care of the puppy’s immediate needs and ongoing care. Because of the viral video, and people wanting to ensure the puppy has a high-quality life, the fundraiser was fully secured in less than eight hours. The user also started an Instagram account for Movie, where she has already amassed over 150,000 followers.

The original incident occurred on Oct. 9., with the man on the receiving end of a woman’s apparent racist attack. In the midst of her stalking down the man, she threw the puppy at him.

A subsequent update showed that the rescued puppy is now in loving hands.

Despite rumors on Twitter, it is unknown if the woman, who may have been suffering from mental health issues, was found or charged with animal cruelty.