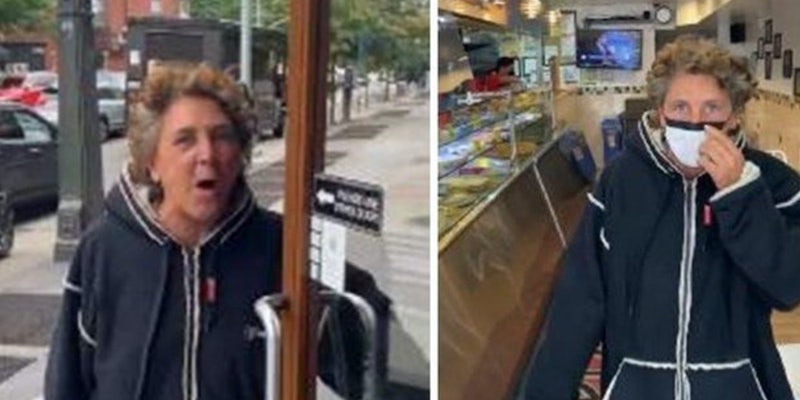 The woman also allegedly yelled racial slurs at the family.

A woman and her two kids were allegedly assaulted while visiting a Brooklyn pizzeria June 11.

The 36-year-old mother, who according to NBC New York, did not want to be identified, took her children out to eat at Not Ray’s Pizza, where a woman allegedly yelled racial slurs at them.

“We were assaulted with racial slurs and we were physically assaulted,” the mother told NBC New York.

The mother said she was leaving the pizzeria when the woman allegedly told her and her kids to “go back to their country.” The woman also allegedly used anti-Black racial slurs while yelling at the mother and her two kids.

As the verbal attack continued, NYPD said the woman grabbed a hot pepper shaker and threw it at the mother. The mother told NBC New York that she was holding her daughter when the woman threw the shaker.

“My daughter was in my arms. It was aimed to us,” the mother told NBC New York.

The mother was reportedly able to keep the flakes from getting in the baby’s eyes. After the incident, the mother explained what happened to her children.

“I spoke to my children and I let them know that we’re humankind. We’re going to stand together,” the mother told NBC New York.

The NYPD Hate Crimes Twitter account posted photos of the alleged suspect, urging the public to call with information about her.

NBC New York also reported that pizza shop employees believe the alleged suspect is homeless, as she asked for money when she entered the pizzeria.

NYPD confirmed with the Daily Dot that the incident is still being investigated.