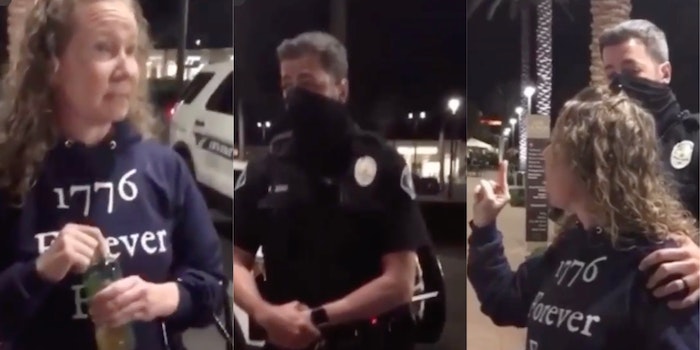 Video: ‘Whole Foods Karen’ yells at cop when he detains her for shoplifting while maskless

The incident has gone viral for its jarring display of white privilege.

A viral video from Instagram and Twitter is being upheld as another viral instance of white privilege, as a maskless Karen freaks out on a cop outside of a Whole Foods store in Irvine, California.