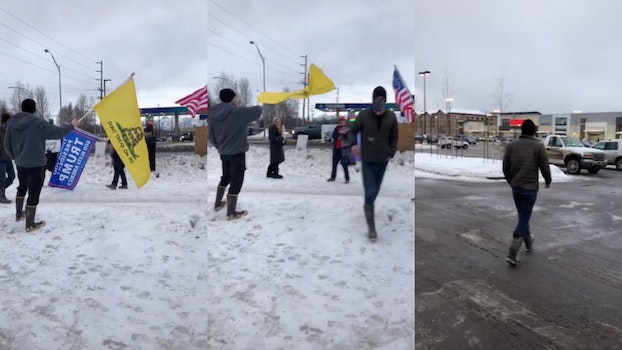 'It's gonna be real interesting.'

A TikToker approached a group of flag-waving Trump supporters in a snow-covered parking lot and told them they had “three more days to wake up to reality” in a popular new video.