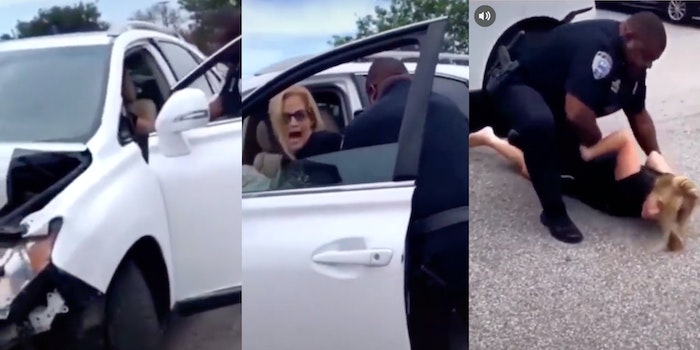 'She thought she was finna get that white privilege.'

Social media users are applauding a police officer who yanked a white woman from her car and forcefully arrested her for drunk driving in a viral TikTok.