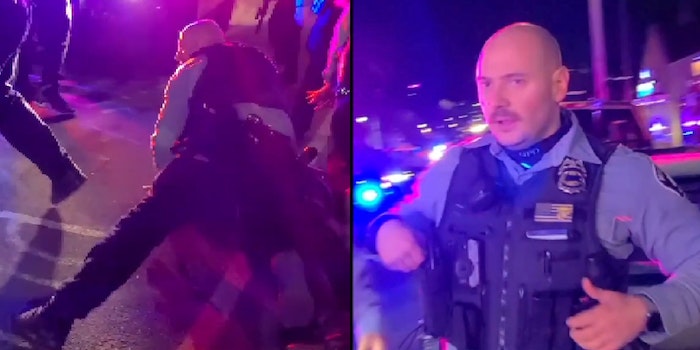 People are demanding the Minneapolis Police Department to investigate.

A recent video shows a Minneapolis police officer throwing a Black man to the ground and kneeling on his back in the same place that former officer Derek Chauvin killed George Floyd in May.