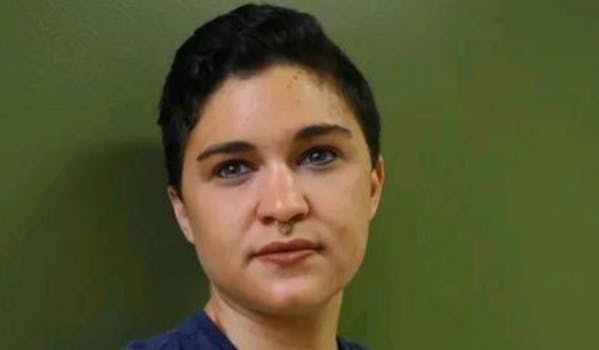 The student was called out in a Medium post.

A white academic at the University of Wisconsin Madison has confessed to pretending to be Black their whole career days after an explosive Medium post detailed the author’s suspicion about their identity.

CV Vitolo-Haddad, who Wisconsin State Journal identified as a University of Wisconsin Madison graduate student, confessed in a Medium post that they are not Black, an identity they had co-opted and benefited from. Inside Higher Ed identified them as a doctoral student in the journalism department.

On Sept. 4, a day after professor Jessica Krug confessed to pretending to be Black and profiting from that identity in her career, an anonymous Medium article made similar allegations about Vitolo-Haddad.

In the incisive and detailed article, the author said they wanted to write this piece in light of the discovery regarding Krug.

“I share this information with the hope that it might prevent CV from causing the same harm and violence Krug enacted on people who trusted her,” the author wrote.

The author shared screenshots of Vitolo-Haddad’s tweet that said they were targeted for being light-skin Cuban (which according to the allegations is not true because they and their family are Italian).

The Twitter account attributed to Vitolo-Haddad in the screenshot, @notcolloquial, was not available on Friday when the Daily Dot ran a search.

“From across the screen and in person, I have watched them cultivate this identity over multiple years, adding and shedding details as suits their sense of credibility,” the Medium author wrote, expressing their concern regarding the irony of the tweet. “But, when I first met CV, they were telling a much different story. Like Krug, they have moved through a series of narratives about themselves and claims to distinct geographical heritages, all while distancing themselves from their upbringing in a wealthy Italian family in Florida.”

The author said they hesitated to share this information because it might “give fodder to people who have other grievances with CV, or with Black studies and Black liberation struggles.”

The author identified themselves as someone within Vitolo-Haddad’s network at the University of Wisconsin Madison and said they had a gut feeling that something was off when they met Vitolo-Haddad four years ago.

The author learned from different people that Vitolo-Haddad said they had an Afro-Latinx grandparent, while some others were told they are Asian, and some others assumed they’re Arab because of their last name “Haddad.”

But through others, the author learned that people were scared to ask Vitolo-Haddad about their exact identity in fear that they would be labeled racist. Vitolo-Haddad’s activities online, some of which the author screenshots in the article, show them using terminologies used in the Latinx community.

Through multiple screenshots of Vitolo-Haddad’s conversations online, the author establishes that they often evaded explicitly saying what ethnicity they identified with.

The author also tracked Vitolo-Haddad’s family lineage to learn that they were all white Italians, and grew up in a financially privileged family that sent them to private school, contrary to their claims that they were a “poor, white, homo” in another screenshot of a Facebook post.

“Why could they not commit to Black liberation without making themselves the focal point of it?” the author writes in the conclusion of the Medium article, which has since received a thousand “claps” on Medium. “Most crucially, how on earth are they bold enough, at the very time I am writing this, to participate in online discussions criticizing Krug?”

“CV, I believe you owe your communities a response,” wrote the author.

“In trying to sort through parts of who I am, I’ve taken some very wrong turns,” they wrote. “I never really owned up to them as they became apparent, nor recognized the trail of damage behind me.”

They also announced their resignation as co-president of the Teaching Assistants’ Association, as well as their teaching position at Madison.

On Sept. 8, they issued a second, more detailed apology, expressing their guilt over their fake identity, the people they hurt, and their initial reaction to the whole scandal.

Vitolo-Haddad was supposed to start a tenured position at California State University, Fresno, where they would be replacing a person of color, director of debate Tom Boroujeni.

Boroujeni told the Collegian newspaper that he was confused about his removal, which reportedly came with no explanation and was a shock because of his record as a debate coach.

On Sept. 10, Fresno State News of the university released a statement saying the issue is “under review.”

“The University will always uphold its core values of discovery, diversity and distinction,” the statement said. “We are taking this matter seriously and acknowledge the pain and confusion this situation has caused members of our campus and external community.”