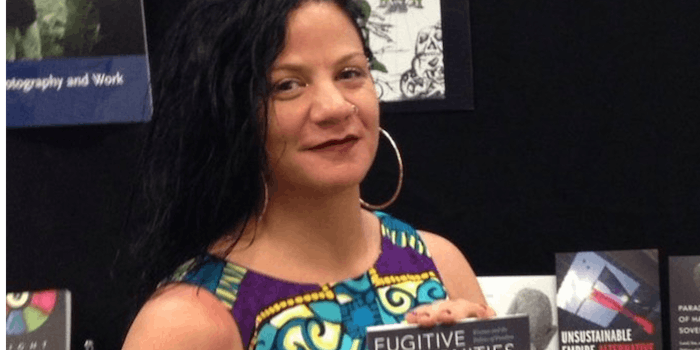 White professor admits she has been pretending to be Black

A white historian who teaches at George Washington University confessed in a lengthy letter that she has been pretending to be Black for years.

Professor Jessica A. Krug, who cites Africa, African American History, and Imperialism and Colonialism as some of her fields of “expertise,” published the letter on her Medium blog Thursday.

In “The Truth, and the Anti-Black Violence of My Lies,” Krug acknowledges her identity as a white Jewish person, adding that for most of her adult life, she has rejected her real identity.

She goes on to say that she claimed various types of Black identity—that she had “no right to claim”—over the course of her life: North African Blackness, U.S.-rooted Blackness, and Caribbean-rooted Bronx Blackness.

Krug calls claiming these identities “the very epitome of violence, of thievery and appropriation, of the myriad ways in which non-Black people continue to use and abuse Black identities and cultures.”

“But I have formed intimate relationships with loving, compassionate people who have trusted and cared for me when I have deserved neither trust nor caring,” she goes on to say.

Citing her mental health issues that arose from childhood trauma, Krug says that while it explains why she adopted a false identity, it “can never, will never, neither explain nor justify, neither condone nor excuse” what she has done.

Krug says she’s thought of coming clean numerous times over the years, but her “cowardice was always more powerful” than her ethics.

“I beg you, please, do not question your own judgment or doubt yourself. You were not naive. I was audaciously deceptive,” Krug says, addressing those who she believed would be hurt upon learning this information.

“Black people and Black communities have no obligation to harbor the refuse of non-Black societies. I have done this. I know it is wrong and I have done this anyway,” she says later in the letter.

Some on social media are pointing to how her letter is sympathy-evoking due to it being laced with self-deprecating language, thinking it proves that she’s a masterful gaslighter, as she, herself, admits to in the letter.

A few Twitter users shared their personal experiences with Krug, some providing screenshots of how Krug repeatedly gaslit them.

Dr. Yomaira C. Figueroa, a professor at Michigan State University, shared that Krug did not come clean because of a moral obligation but because three Black Latina scholars did the work of investigating their suspicions about Krug and discovered the truth.

“There was no witch hunt, but there was a need to draw the line,” Figueroa wrote in a thread on Thursday. “Krug got ahead of the story because she was caught & she knew the clock was ticking bec folks started to confront her & ask questions.”

Yarimar Bonilla, a professor at Hunter College, spoke of her own personal experience with Krug, saying she always thought something was off about her. Krug, according to Bonilla’s thread, would show up to scholars’ seminars at 10am while dressed in salsa club clothing.

“While claiming to be a child of addicts from the hood, she boasted about speaking numerous languages, reading ancient texts, and mastering disciplinary methods—while questioning the work of real WOC doing transformative interdisciplinary work that she PANNED,” Bonilla added.

Twitter user @waywardnegro also shared screenshots of her conversation with “Jess La Bombalera,” which the user claims is Krug’s name on Facebook. The Daily Dot couldn’t independently verify this information; on Thursday, there was no user with the name “Jess La Bombalera” when the Daily Dot ran a search.

In the screenshots of the chat, the user asks La Bombalera about passing off as white, and La Bombalera responds by saying she is white-passing because her Black mother was raped, and she doesn’t know who her father is.

When the user continues trying to engage her in a conversation about the politics of a white-passing identity, La Bombelara gets defensive, guilting the user for referring to her mother’s rapist as her “father.” The conversation gets derailed because of these semantics.

Later, when the user asks La Bombelara to share pictures of her Black family, she evades it by saying she has to run for a lecture and will share the photos later. According to the chat screenshot, she did not respond to a follow-up on the ask a day later.

The controversy has not only infuriated many Black and Afro-Latina people but also many scholars, who are pointing to the opportunities they lost out on because Krug was taking up space, fellowship, and grants. Many are comparing her to the harm caused by Rachel Dolezal, the Black-identifying white woman who was exposed in 2015, and who still refuses to accept that she is non-Black.

It’s unclear what steps, if any, George Washington University is taking regarding Krug’s position with the university. The history department at the university did not respond to the Daily Dot’s request for comments on Thursday.