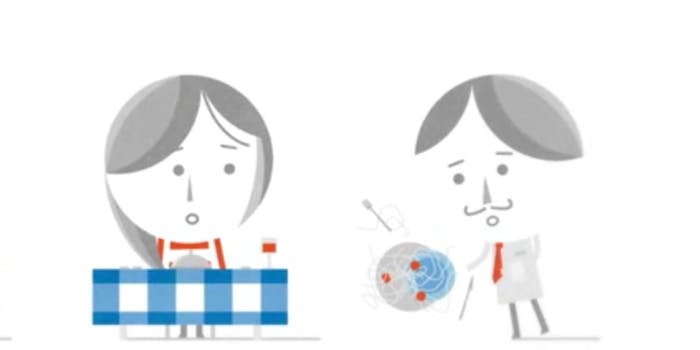 Here are 3 theories on why we experience déjà vu

Have a feeling you've seen this video before?

The phenomenon of déjà vu has been the subject of songs, films, and Steven Wright jokes, but science has never offered a solid reason for why we experience the feeling of being somewhere or knowing someone before. As this TEDEducation video explains, since there is no physical manifestation of déjà vu, just a “feeling,” it’s difficult to pinpoint exactly how it works.

There are currently 40 theories on the phenomenon, but educator Michael Molina and animator Josh Harris narrowed it down to three for this video. One theory is called “dual processing,” which proposes there’s a delay in processing an event that just happened. “Hologram theory” is also discussed, as is “divided attention,” a concept that certainly applies to our time spent online. In our current culture of forever-looping vines, GIFs, and memes, Internet déjà vu probably needs it own TED Talk.