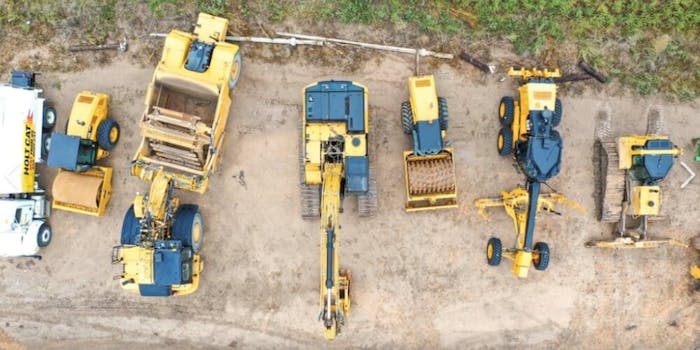 The group says it started construction in Texas.

The conservative group that raised over $23 million to build a wall at the U.S.-Mexico border has broken ground for a second construction project without the correct paperwork, BuzzFeed News reports.

“The dozers and excavators have been fired up! We broke ground on Veterans Day on project 2! This wall will be 3.5 miles long and cuts off major cartel smuggling route,” We Build the Wall founder Brian Kolfage posted on Facebook.

The construction project is based on private land in Texas near the National Butterfly Center, a nature preserve used for conservation and research. The center’s executive director, Marianna Trevino-Wright, told BuzzFeed News that she’s worried the construction might destroy locals’ land in the area.

“We can’t imagine that permits even exist for this,” Trevino-Wright said. “We found out because the We Build the Wall morons were posting videos.”

Local and international water officials in Mission, Texas, say they have not accepted any construction permits from the group, according to BuzzFeed News. In other words, the project is undocumented.

This isn’t the first time the organization has constructed a barrier on private land without the proper building permits. We Build the Wall wasn’t granted permission for a gate it built on federal land in New Mexico, BuzzFeed News reports.

The group has raised millions of dollars on GoFundMe by convincing donors that a border wall will be built privately and donated to the Department of Homeland Security. But analysts say that’s not possible, and DHS isn’t allowed to accept donations. BuzzFeed reported in August that the group is under criminal investigations for how it handles donated funds.

But Kolfage doesn’t seem to be bothered by the controversies, and he defended his project on Twitter this weekend. The National Butterfly Center, which plans to take legal action to stop the group’s construction along the Rio Grande river, has become Kolfage’s new target.

“The [National Butterfly Center] shoreline is littered with trash, inflatable rafts from traffickers, and even a dock for them to stay dry! How thoughtful you are to these cartels. YOU ARE POUTING THE RIO! Clean that garbage up you FRAUDSTERS,” Kolfage tweeted without proof of his accusations.

The @NatButterflies shoreline is littered with trash, inflatable rafts from traffickers, and even a dock for them to stay dry! How thoughtful you are to these cartels. YOU ARE POUTING THE RIO! Clean that garbage up you FRAUDSTERS! @FogCityMidge @fleccas #trump2020 #buildthewall pic.twitter.com/ko2wB0TLGg

How dare they build a wall on private property! Maybe the owners are sick of trash, dead bodies and criminals being on their land. We’ll redirect them to the butterfly area since you enable and support these cartels criminal behavior. Enjoy the trash and dead bodies they leave pic.twitter.com/TCjW18ULbX

Kolfage tweeted that the recent BuzzFeed article exposing the group’s “undocumented” project has actually increased donations to his organization. He posted a screenshot of a GoFundMe page with over $1 million in donations.