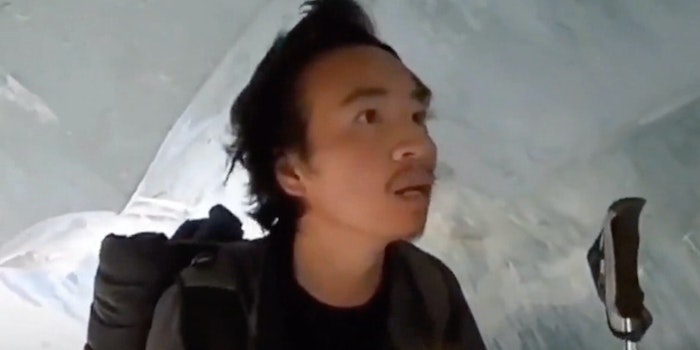 Footage shows Wang Xiangjun climbing in the area around the base of a glacial waterfall when he loses his balance and falls into icy waters.

Wang Xiangjun, a Chinese environmentalist known as “Glacier Bro” online, is presumed dead after a waterfall incident in Tibet.