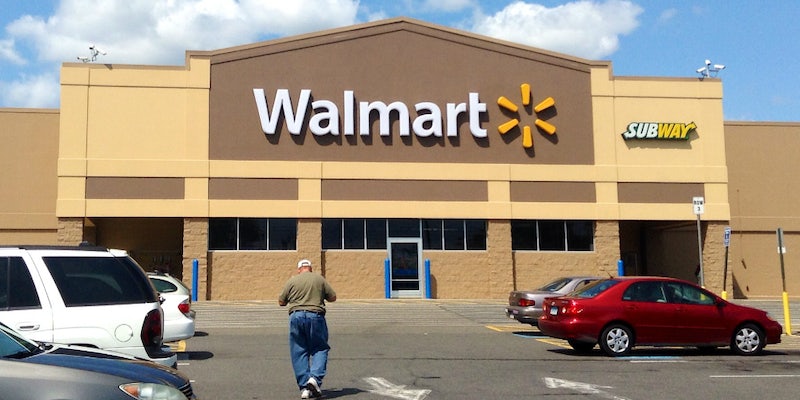 Walmart is said to be the world's largest gun retailer.

People are asking Walmart to stop selling guns in the aftermath of the El Paso shooting, in which 20 people died and two dozen more were injured.

The attack in El Paso was the second shooting to occur at a Walmart in the past few days. The other shooting took place at a Mississippi Walmart, where two people were killed.

Walmart is said to be the world’s largest gun retailer. Its founder, Sam Walton, was an avid hunter and outdoorsman. For many years, Walmart has wrestled with its stance on selling guns, according to the Washington Post. The company seems to be struggling with sticking to its outdoorsy roots while also recognizing the high number of mass shootings that have taken place–and are still taking place–throughout the nation.

In the aftermath of the tragedy in #ElPaso, @Walmart — the largest retail of guns in America — should join the fight for raising the standard of gun ownership in America and support proven reforms like gun licensing & registration.

Walmart sells guns in many of its 4,000-plus stores. However, it has added some restrictions in recent years. For example, the supermarket announced in July that it would no longer sell guns in New Mexico, where a new state law was introduced, requiring background checks for the purchase of guns. And in 2018, it raised the age to purchase a gun from 18 to 21.

For about five years in the early 2000’s, Walmart stopped selling guns at most of its locations, claiming “diminished customer relevancy.” But during the 2009 recession, it put guns back on the shelves to boost revenue.

The company first made changes to its gun policies in 1993, when it stopped selling handguns. Since then, it has waffled back and forth between making stricter retail gun policies in the aftermath of tragedies and holding onto its tradition as a gun retailer. Throughout the changes over the years, the retailer often says that its decisions are market-based, but at times, it makes adjustments based on social issues or current events.

Walmart has yet to release a public statement about whether it will continue to sell guns.

“We’re praying for the victims, the community & our associates, as well as the first responders,” Walmart wrote on Twitter.

So far this year, there have been 292 mass shootings in the U.S. with over 1,300 people killed or injured, according to a Gun Violence Archive. The organization classifies a mass shooting as an incident in which four or more people are shot.

Hey, @Walmart! This would be a great opportunity for you to take a true leadership position and stop selling guns. https://t.co/JcQ6BvTbUe

@Walmart maybe instead of “praying for the victims”, stop selling guns? #elpasoshooting pic.twitter.com/yeyBiB1EJG

fuck your prayers. STOP SELLING GUNS. Be the change.

The Daily Dot has reached out to Walmart.