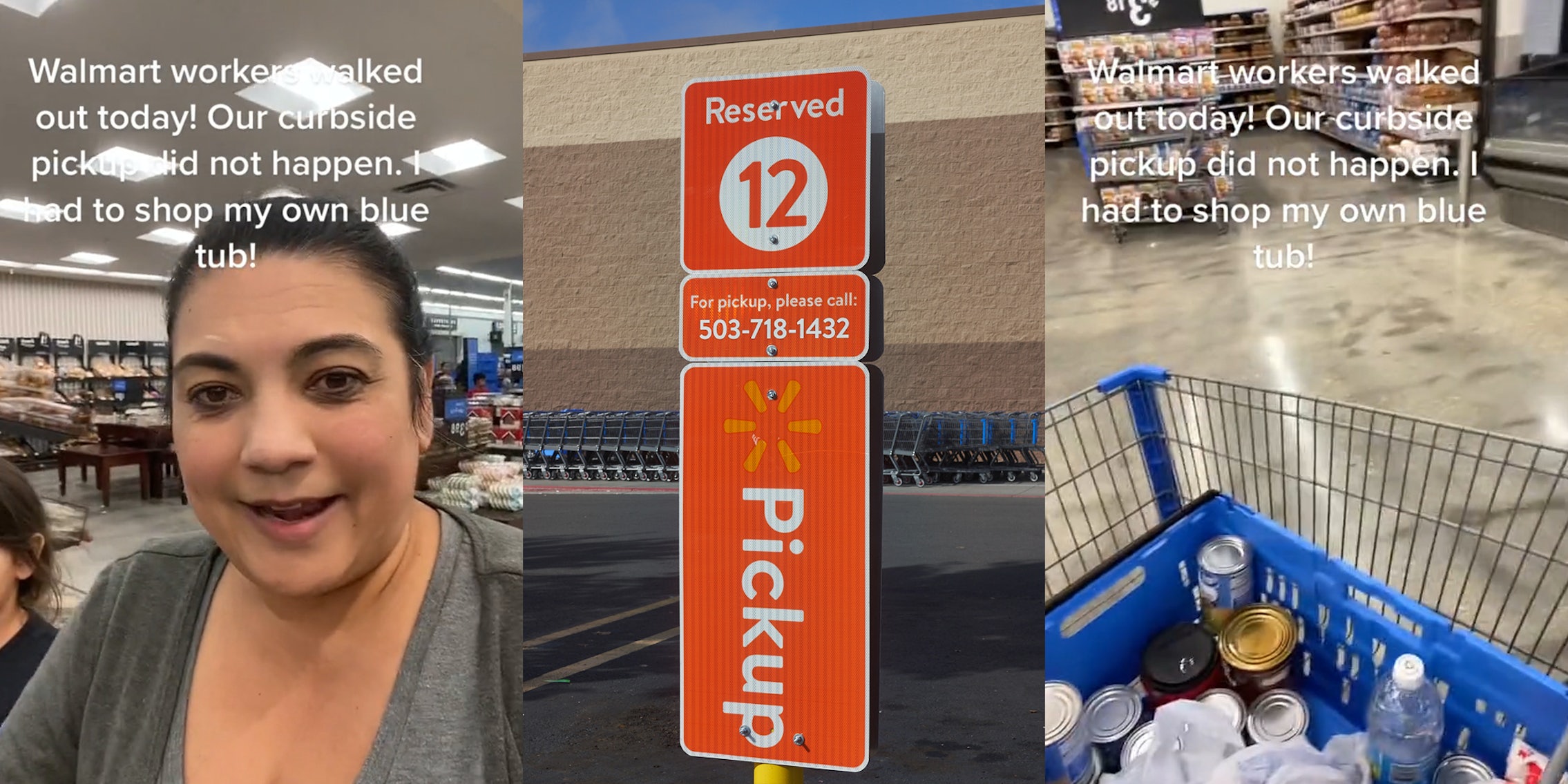 ‘OK, so now we are going to fill up our blue tub ourselves’: Woman has to shop her own curbside pick-up order after Walmart workers walk out

'I work grocery pickup at Walmart, and the last week has been insane for us.'

A woman’s video alleging that she had to shop for her own curbside pick-up order following a walkout at her Walmart location has drawn criticism on TikTok.

In the video, poster @roxymaria3 shows herself and her child shopping for the order she says they planned to pick up curbside—blue collection tub and all. As they move through the aisle, her child says, “I hate it here” and “I hate Walmart.”

“OK, so now we are going to fill up our blue tub ourselves because people walked out of Walmart,” the poster says. “I know, we hate it; we’re not happy. We tried to make it easy on ourselves but that didn’t work.”

Some viewers, speaking as employees who work for the retailer or for other companies providing similar services, attempted to explain why there might have been a walkout. With the Thanksgiving holiday looming, some said they had been inundated with orders to fulfill.

“I work grocery pickup at Walmart, and the last week has been insane for us! it’s been hard to keep up with the demand and it can get overwhelming,” one commenter wrote.

“Since thanksgiving we have been slammed with orders,” another wrote.

Others criticized the poster for complaining about the toll the walkout had on herself.

“Oh nooo you had to do your own shopping,” oner commenter sarcastically mocked.

“Oh no we have to shop for ourselves because the store is understaffed and we have to shit on these workers,” another said.

In a press release, Walmart announced that, despite inflation, it was offering Thanksgiving meals for families at “last year’s price.” “We’re removing inflation on an entire basket containing traditional Thanksgiving items,” it announced, touting its curbside pickup in the same release.