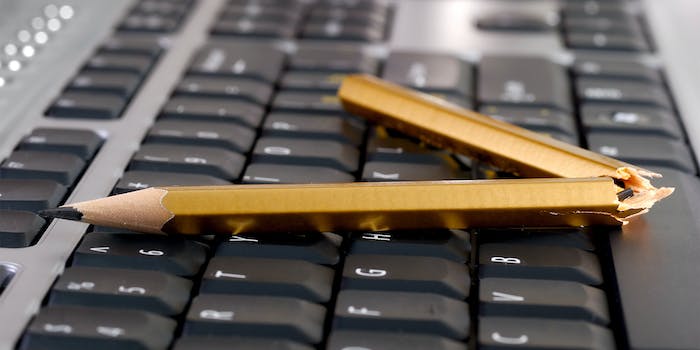 'I am actually shaking right now reading this prompt.'

In a viral tweet, user @emorydominique shared a screenshot of a school assignment asking students to justify desecrating a Hawaiian burial ground. The tweet was initially public, but as of Wednesday, its visibility is limited to @emorydominique’s 7,719 followers.

Before the tweet went private, commenters expressed their outrage in the replies.

“I am actually shaking right now reading this prompt like what the actual fuck,” @emorydominique wrote.

The prompt in the attached screenshot laid out a scenario between a hypothetical student and their three best friends—a real estate developer, a scientist, and a Native Hawaiian—who have different ideas for what to do with a piece of “choice land that has recently become available.”

The “choice land” is revealed to be a burial ground on which the developer wants to build an “upscale residential development.” The scientist wants to excavate the site “as a contribution to knowledge,” and the Native Hawaiian wants the remains to be “respected and undisturbed.”

The assignment asks students to argue each friend’s case, determine the best and worst outcomes, and decide who should get the land. Students must also explain their answers, including what “feelings and emotions” influenced their decision.

Commenters were outraged that the prompt asked students to justify colonialism and reduced the problems Indigenous people face to a “fun hypothetical” or “interesting discussion.”

Several called the assignment an act of “violence” that @emorydominique should report to her school. Some also commented that the assignment has nothing to do with the psychology of death and dying, which is the topic of the class.

“No ethnicity mentioned for the contractor and scientist, no occupation mentioned for the native Hawaiian,” user @hmjoneswriter wrote. “The biases scream in this question even before the atrocity of the premise.”

The prompt also says that the Native Hawaiian introduced the student to a world they “would not have otherwise known.” Commenters pointed out that such language is exclusionary and implies that none of the students in the class are Native Hawaiian.

“This curriculum was solely intended for everyone but kanaka maoli,” wrote @MakanaMusic. Kanaka Maoli is a term that refers to the Indigenous people of Hawaii.

According to her bio, @emorydominique is located in Oʻahu, Hawaiʻi, and identifies as “NDN,” an abbreviated version of “Indian” that some Indigenous people use to refer to themselves.

While many commenters were against the assignment, some applauded it for exposing the students to “reality.” One user, however, provided an example of how real the issue is and disapproved of the assignment.

The user tweeted that they were reading the oral history of a family that was buried near their own. The family was “dug up for a visitors center” and the surviving members were left “trying to piece the bones back together.”

“What can be gained from ‘both side’-ing this?” @kjalexander_ wrote about the assignment.

Another user pointed out that the issue of arguing both sides is a problem carried to the collegiate level from kindergarten through high school education.

The assignment is indeed similar to a worksheet given to eighth graders at a San Antonio charter school that went viral in 2018. The worksheet was titled “The Life of Slaves: A Balanced View” and asked students to list the “positive” aspects of slavery.

The Daily Dot reached out to @emorydominique via Twitter message. She did not immediately respond to the request for comment.