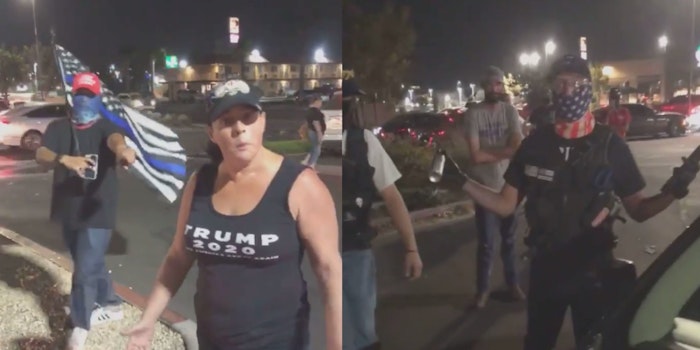 A video that surfaced this weekend shows a troop of President Donald Trump supporters cornering a woman and her friend in their car before spraying “bear Mace” inside the car after the pair exited the vehicle.