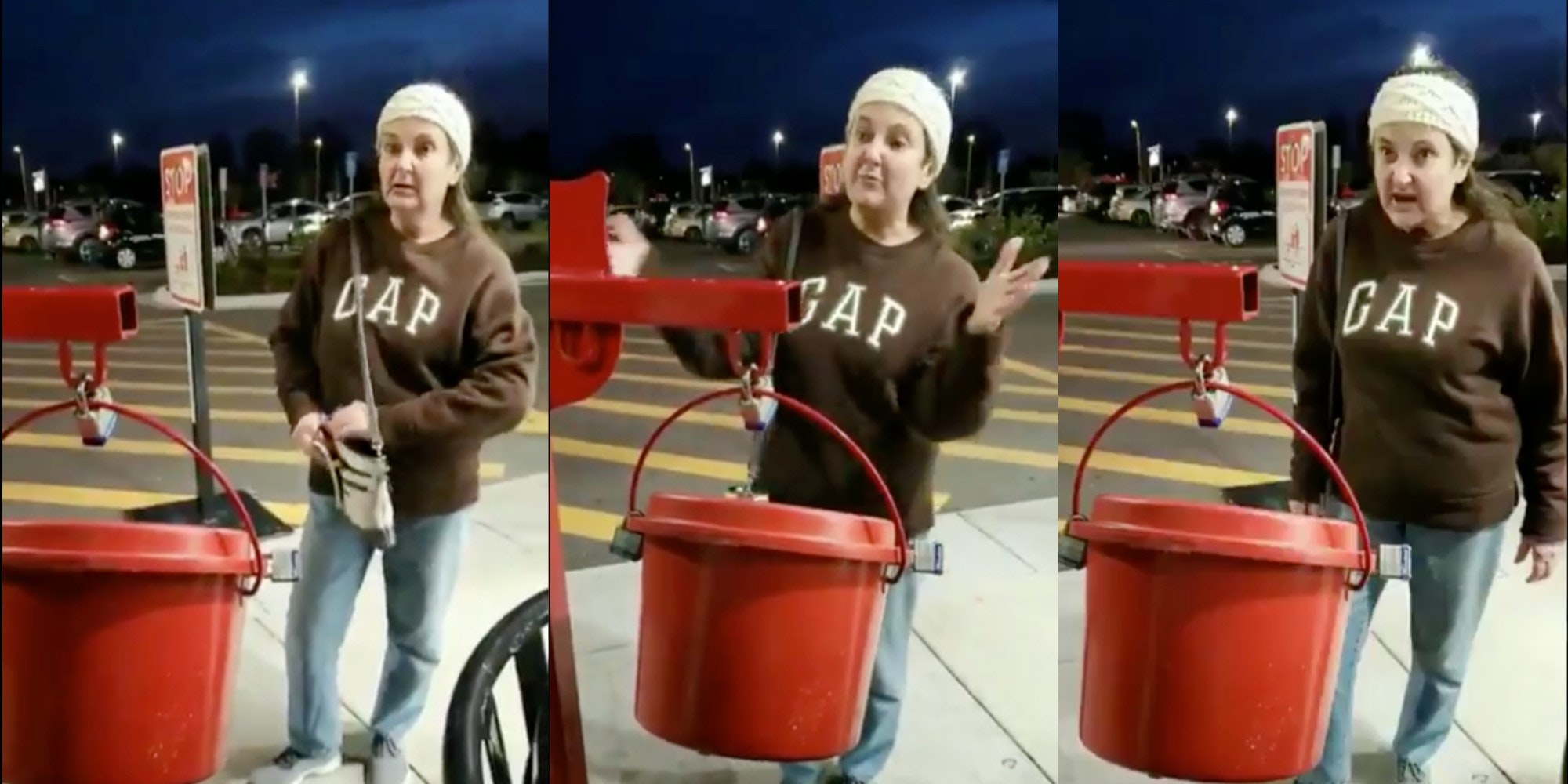 'When you gotta rob a bank, that's when you wear a mask.'

A woman dubbed a “Karen” compared mask-wearing Salvation Army collectors to criminals in a video posted to Reddit on Tuesday. A tweet that shared the same video said the incident took place in Kansas.