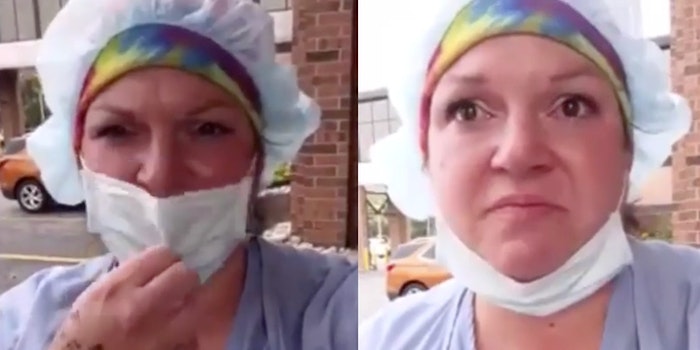 'Just because you don't get to see it doesn't mean it's not happening.'

A viral video shows yet another healthcare provider having a breakdown on camera due to her frustration over anti-maskers.