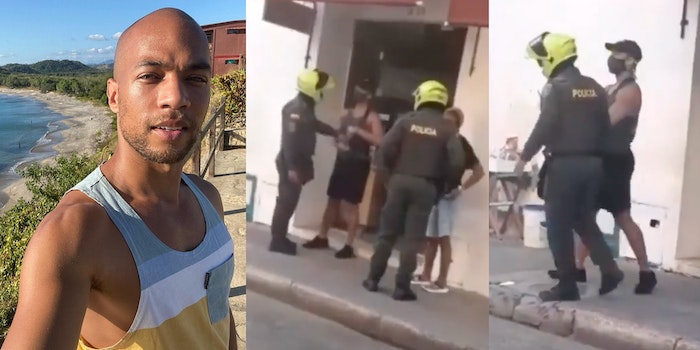 A bystander captured the incident, helping secure his release.

Actor Kendrick Sampson is drawing attention to police brutality against Black people outside of the United States after posting footage of his own recent encounter with law enforcement in Colombia.