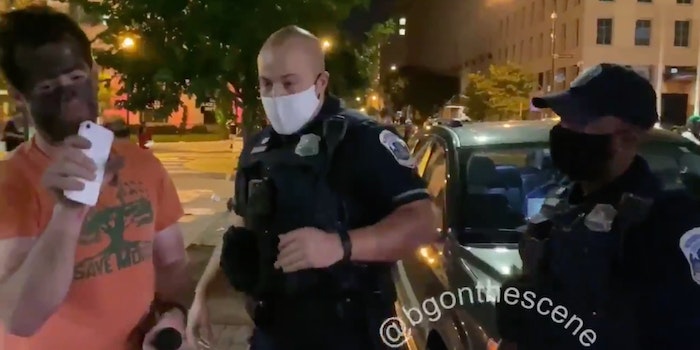 Protesters punched white man in blackface outside the White House

The chase ended with a cop putting a Black protester in a chokehold.

A white man who attended a Washington, D.C., protest in blackface was punched in the face on Thursday, sparking off a chase that ended with a cop putting a Black protester in a chokehold.