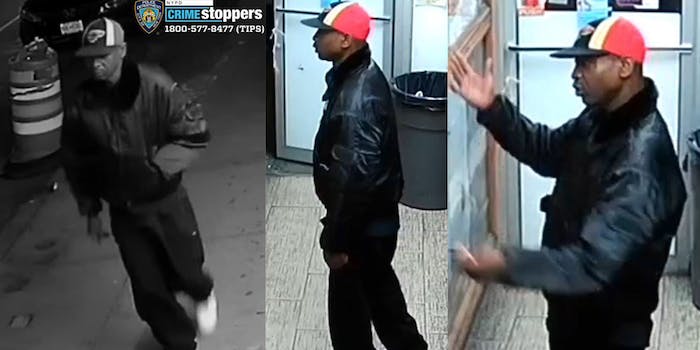 A suspect has been apprehended.

A 61-year-old Asian man was attacked in New York City on Friday night while collecting cans to feed his family.

The victim, Yao Pan Ma, previously worked at a restaurant to make ends meet. When the pandemic struck, he reportedly found himself out of a job and began collecting cans to make extra money for his family.

He was walking with a cart full of cans when the attacker approached and struck him, knocking him to the ground. Video footage released by the New York City shows the attacker stomping on Ma’s head several times before walking away.

Ma’s wife, Baozhen Chen, told the New York Daily News that her husband was “trying to help out the family” when the attack occurred.

“We weren’t qualified for employment reimbursement, so only I’m working during the pandemic,” she said. “He was just trying to help out the family. He had no bad intentions. He wouldn’t cause trouble with other people in his neighborhood.”

Crime Stoppers put out a video of the attack and a suspect description on Saturday.

The suspect has since been identified as 49-year-old Jarrod Powell. Powell was charged with two counts of felony assault, according to WABC-TV reporter CeFaan Kim.

Ma remains in a coma, according to his family. A GoFundMe created on the family’s behalf is raking in donations, with $499,474 collected thus far from a $50,000 goal.

The GoFundMe notes that Ma’s wife remains with him at the hospital “heartbroken and horrified.” She told the GoFundMe organizer, Phillip Lim, that Ma “picks up bottles to help pay the rent and the bills. He is innocent. He did not do anything wrong. He is a very kind person. He is quiet. He doesn’t cause trouble.”