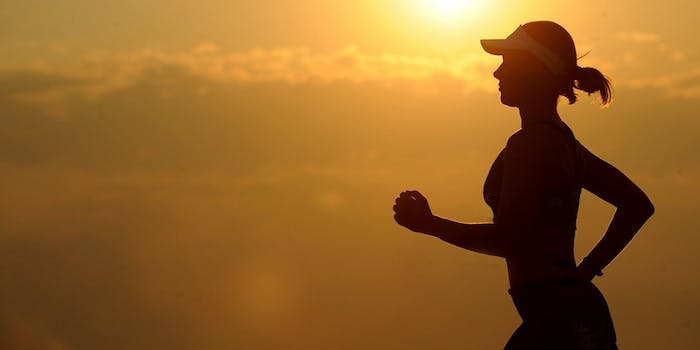 'Quite honestly, the odor is offensive,' the vegan wrote on Nextdoor.

An anonymous “vegan runner” is getting roasted online after they asked their neighbors to close their windows if they’re eating meat and to cook only vegetables on the grill.

The runner posted the request to Nextdoor, a networking app for neighborhoods. It was then shared on the “Best of Nextdoor” Twitter account, where it has been shared hundreds of times.

“As a vegan runner, it’s hard for me this time of year when the weather starts warming up and folks start opening their windows,” they wrote.

The vegan said that they’ve noticed a “sharp uptick” of people cooking meat. They added that it’s an “offensive” smell.

“I don’t want to be a stereotype so I won’t go into details on why the odor of cooking animals is offensive but I encourage you to do your research and join the movement of ppl who are fighting back,” the runner wrote.

The runner signed off the note with “peace, love, bodhisattva.”

Nearly every one began flaming the post, including vegetarians and vegans. Many people mentioned that the request would not make them stop cooking meat—and that it makes them want to fire up the grill.

“If I lived next to this guy I would have a 5 shelf Smoker going 7 days a week,” Twitter user @MikeFromWoburn wrote.

There were, of course, the meat-lover reactions, like a dancing piece of bacon in a frying pan, which are often expected replies to any vegan post.

Others made jokes about just how stereotypically “vegan” the person was, especially after they said they didn’t “want to be a stereotype.”

“I’ve been a vegetarian for 22 years, but this is the dumbest way to be vegetarian,” Twitter user @evanlgeorge wrote after poking fun at the runner’s stereotype comment.

But it seems like the vegan runner isn’t the only one suffering this time of year. BBQ chefs said it’s rough for them too.

“As a carnivore bbq chef, it’s always hard for me this time of year when the weather starts warming up and vegan runners start running by my windows,” Twitter user @MattField wrote.