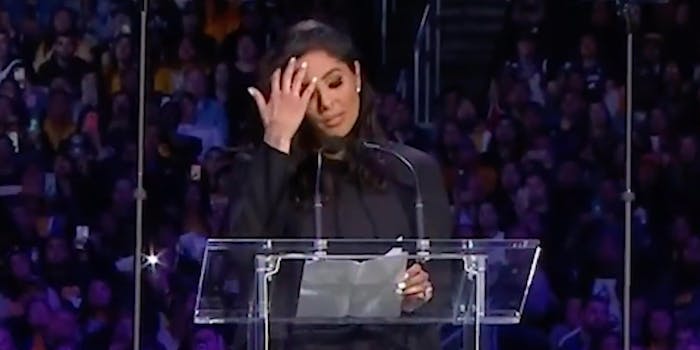 Deputies reportedly took photos of victims' remains and shared them.

Bryant’s attorney, Gary C. Robb, said in a statement released to the public that Bryant personally visited the sheriff’s department the day of the crash and requested the crash site be designated a no-fly zone so photos wouldn’t be taken. According to her attorney, protecting the dignity of the crash victims was of “critical importance” to Bryant.

TMZ had previously reported that deputies took photos at the site and shared them with people inside and outside the department. According to TMZ, a deputy trainee allegedly even showed off photos at a bar to impress a woman. When the bartender overheard the trainee’s conversation, he filed a complaint with the sheriff’s department.

Robb called the photos taken “inexcusable and deplorable” and “an unspeakable violation of human decency.”

In his statement, Robb said when Bryant first reached out to the Sheriff, “Sheriff Alex Villanueva assured us all measures would be put in place to protect the family’s privacy, and it is our understanding that he has worked hard to honor those requests.”

Bryant and her attorney are requesting an internal affairs investigation take place and that the perpetrators “face the harshest possible discipline.”

Bryant posted a photo of the full statement on Instagram, so followers could stay updated.