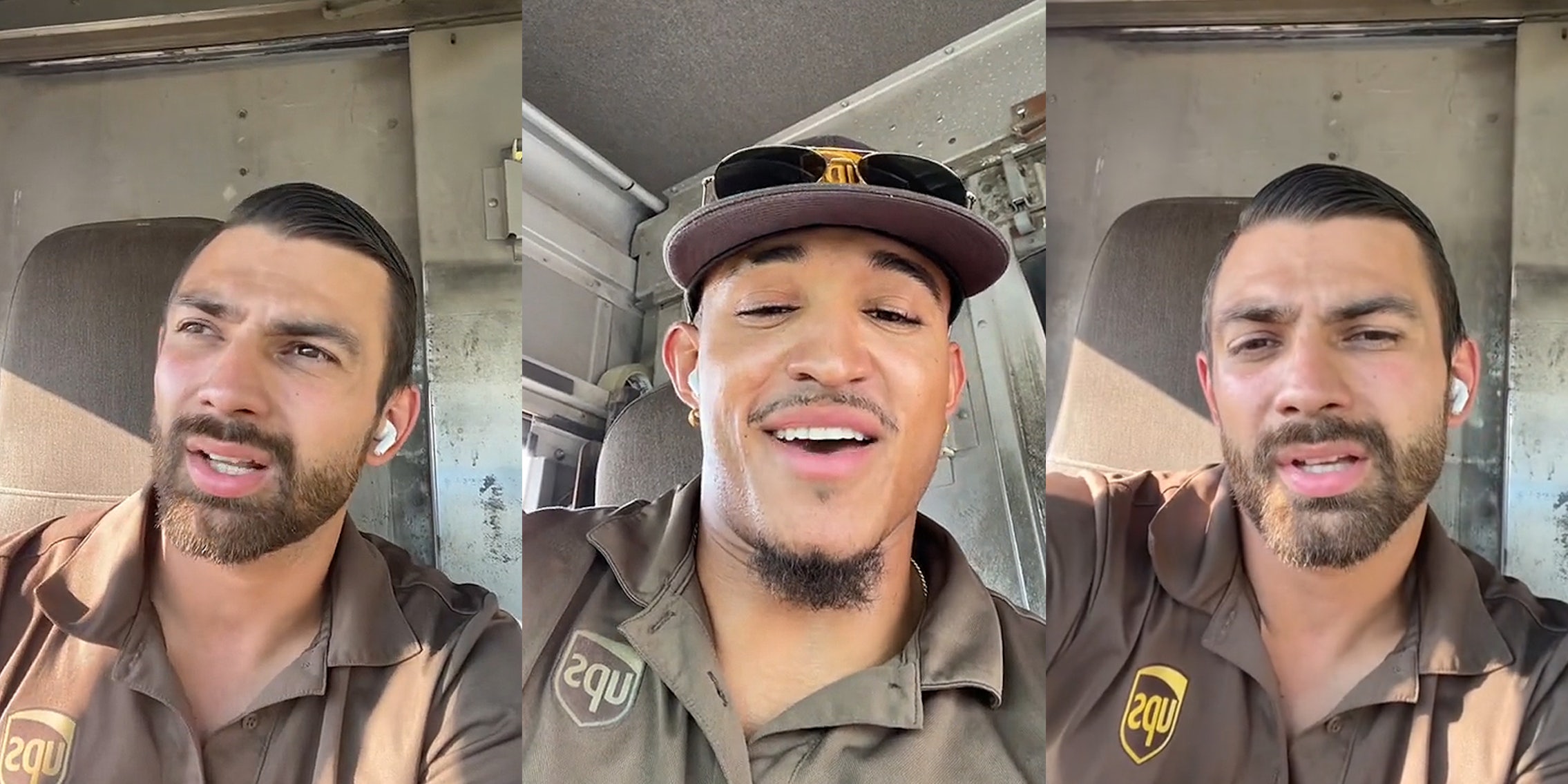 ‘Nobody knows. That’s the beauty of it’: UPS driver says he makes $40 an hour, sparking debate

'Your back will let you know if it was worth it in a few years.'

Several UPS drivers have gone viral after discussing their wages, which users online claim are higher than they would expect.

In a video with over 2.4 million views, TikTok user Danny (@dannyamosjr) stitches a video with user Mykol (@mykol_gummings), who claims that he makes $40 per hour driving for UPS.

“Nobody knows,” Mykol says in his video. “That’s the beauty of it.”

In Danny’s stitch, he goes on to explain that he discovered the high wages of UPS drivers after speaking with one outside of his building several years ago.

“He pulls out his pay stub, and I seen the six figure number and I said, ‘Say less,’” Danny recounts.

UPS drivers enjoy higher wages and considerable benefits due in large part to their union membership, which allows them to collectively bargain for things like wages and benefits.

“UPS has 86,000 U.S. drivers, all represented by one of the country’s largest unions, the International Brotherhood of Teamsters,” NBC News explained in 2006.

To back this up, Danny claims in comments that, while drivers can start at around $20 per hour, that number escalates to “41.47 straight time” with an “overtime rate a little over 62 an hour.” He claims this is a “4-year union pay progression.”

Additionally, UPS drivers enjoy benefits not seen by other drivers in the delivery industry. The same NBC News article noted that that job provides “a good income and benefits such as health care, a pension, stock options and long vacations.”

“This is a very good job,” industry analyst Art Hatfield of investment bank and brokerage Morgan Keegan told NBC. “It has all the kind of benefits associated with the U.S. manufacturing sector 20 years ago.”

Furthermore, while many union skeptics claim that unionization will hurt a company’s bottom line, data shows that the unionized workers of UPS proved advantageous during the onset of the pandemic and resultant worker shortages.

“Even while paying union workers almost twice what FedEx Ground drivers make, UPS earns a return on invested capital that’s more than double its rival’s,” Bloomberg writer Thomas Black noted in November 2021. “In the last full year, UPS and FedEx each had sales of about $84 billion; UPS banked $7.7 billion of operating income, while FedEx earned $5.9 billion. Investors have taken note: UPS shares have risen 27% this year; FedEx’s have dropped 9%.”

There are still issues with working at UPS. A TikTok user recently went viral after noting that UPS does not offer air conditioning in its delivery trucks, which can reach 140 degrees in summer. Furthermore, workers have signaled that issues like driver surveillance, excessive overtime, and inadequate pay for part-time workers will be discussed during its next round of contract negotiations, per Insider.

In comments, users expressed surprise at the high pay.

“Not me switching directly to Google ‘How to become a UPS driver?’” one user wrote.

“It’s so nice to see companies actually paying their employees what they deserve,” another added. “That’s hard work day in and day out!!”

Other users were quick to note that, while the pay is high, the work is difficult.

“You definitely make bank driving for them but the few drivers I know are married to their job,” a commenter shared. “It’s perfect for someone without a family.”

“Your back will let you know if it was worth it in a few years,” a second said.

The Daily Dot reached out to Danny via TikTok comment, Mykol via Instagram DM, and UPS via email.

Update August 27 10:10am CT: In an email to Daily Dot, a UPS spokesperson shared that full-time package delivery drivers average about $95,000 a year in wages.

“Total compensation for drivers (including health, welfare and pension contributions) is about $145,000 a year (on average),” they added. “After four years, a UPS driver earns the top rate and makes approximately $42 per hour.”

In addition, the UPS spokesperson claimed that tractor-trailer drivers earn $112,000 per year in wages on average, with an additional $50,000 in “health, welfare, and pension contributions.”

UPS also offers paid vacation time ranging from one week for a year of service to seven weeks for 30 years of service, the spokesperson shared..

“Nearly half of UPS full-time drivers (49%) have at least 15 years with the company and receive a minimum of 4 weeks of vacation per year,” they wrote. “Full-time drivers also receive an average of 18 additional days off (holidays, option days and sick days) per year.

The company also contributes to union-sponsored benefits plans for its U.S. employees.