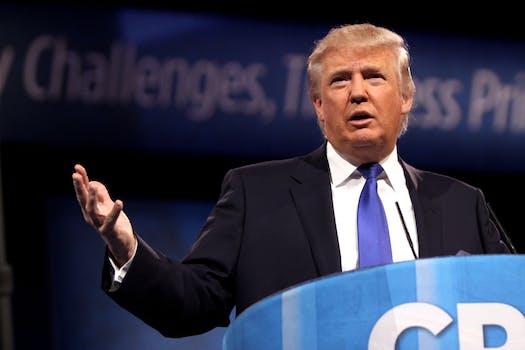 Everything you need to know about FADA, a ‘religious freedom’ bill supported by Trump’s cabinet

Donald Trump’s pick for budget director, South Carolina Republican congressman Mick Mulvaney, is the most recent addition to an anti-LGBTQ cabinet. Mulvaney supports an amendment to prevent same-sex marriage and believes anti-same-sex marriage opinions should be protected under free speech.

He’s also a co-sponsor of the First Amendment Defense Act (FADA), which seeks to protect “religious freedom” over LGBTQ rights.

FADA, which was introduced over a year ago, “prohibits the federal government from taking discriminatory action against a person on the basis that such person believes or acts in accordance with a religious belief or moral conviction that: (1) marriage is or should be recognized as the union of one man and one woman, or (2) sexual relations are properly reserved to such a marriage.”

Mulvaney joins five other cabinet picks who are co-sponsors of the bill. Many of those who have not been previously involved in politics, like Ben Carson, also support discrimination under the guise of religious freedom., In a 2016 speech to the Indiana legislature, Vice President-elect Mike Pence said, “I will not support any bill that diminishes the religious freedom of Hoosiers or that interferes with the Constitutional rights of our citizens to live out their beliefs in worship, service, or work.”

Donald Trump is also a vocal proponent of FADA.

We’ve already seen many attempts by business owners and other citizens to justify discrimination based on religion. Kim Davis, a Kentucky county clerk, was jailed last year for denying marriage licenses to gay couples, and her Indiana counterpart Linda Summers recently lost a federal court case for the same reason Davis was jailed: Withholding marriage licenses is not a right afforded to marriage clerks.

But if FADA were to become law, discrimination against the LGBTQ community could go beyond cakes and wedding videos and extend to discrimination in hospitals, governments, and universities since the act applies to any person “regardless of religious affiliation, including corporations and other entities regardless of for-profit or nonprofit status.”

With the House, Senate, presidential cabinet, and president-elect all in favor of this harmful bill, the country may likely see more Kim Davises in the near future—except this time they won’t go to jail.