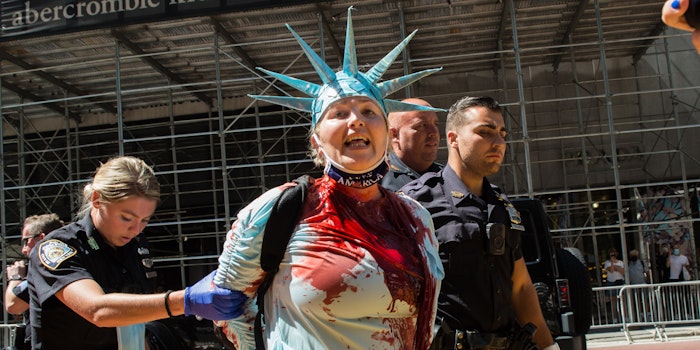 The mural, like many of the others painted across the country, has been repeatedly vandalized.

The Black Lives Matter mural in front of Trump Tower in Midtown Manhattan was vandalized on Sunday by a Trump-supporting “Karen” dressed up as the Statue of Liberty.