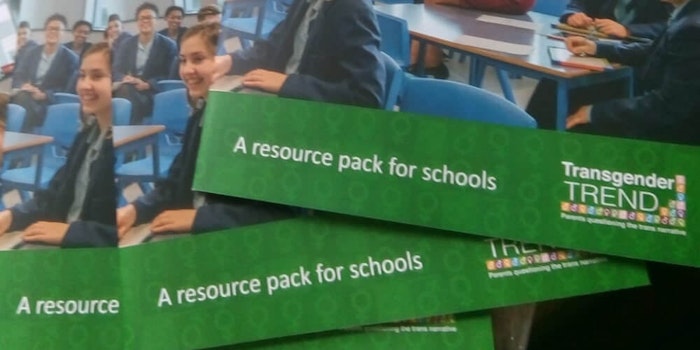 Someone redirected this anti-trans website to a pro-trans charity

The U.K. anti-trans group Transgender Trend is up in arms after someone redirected its domain name to a pro-trans advocacy group.

The lobbying group has control of the .com, .org, and .net domains for Transgender Trend but neglected to purchase transgendertrend.co.uk or transgendertrend.org.uk. An anonymous person recently bought the unregistered domains and redirected the URLs to the U.K. charity Mermaids, which works to empower trans children and youth.

Transgender Trend was not happy about this. The group alerted people on Twitter and said it’s “concerned that this misrepresents our organization and will mislead parents and young people seeking help.”

If a young person does go to Transgender Trend’s site seeking help, they will primarily find resources for parents that push myths and ideas about transgender people not supported by pediatricians.

On Twitter, trans rights supporters celebrated the actions of the anonymous domain-buyer.

Much better for those parents and young people to get to Mermaids than to you lot!

For young people and parents seeking out information on trans issues, interacting with Mermaids instead of Transgender Trend could make an enormous difference in their lives. While Transgender Trend doesn’t offer any actual services, Mermaids has a helpline, forums for parents and kids, and a crisis text line.

Transgender Trend’s resources are mostly aimed at parents include videos and articles with scare phrases like “trans cult” and “rapid onsent gender dysphoria” (which has been debunked). The group became widely infamous, however, after handing out a trans issues “resource pack” to schools that advocated against anti-discrimination policies. In contrast, Mermaids has a whole section of resources for dealing with discrimination and hate crimes.