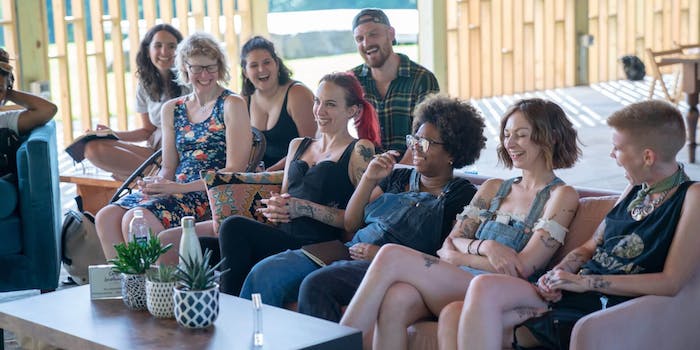 Trans/Sex: How can we create more inclusive sex education offline?

Trans/Sex is a column about trans peoples’ relationship with love, sex, and their bodies. Have a topic suggestion? Contact Ana Valens at [email protected] or @ac_valens on Twitter.

I went to sex camp last week. And before you ask: No, I did not have copious amounts of orgiastic sex.

But my friends certainly thought I would. On Facebook, they chimed in with questions. “What… is this? What is sex camp?” one friend asked. “So how does that work? […] Camp where people just have at it?” a high school friend wondered. Even folks in the media world were curious. “Where is it,” my Daily Dot colleague Alex Dalbey wrote on my timeline, “and can you take a coworker?”

“Sex camp” is a playful nickname that writers and editors in the New York editorial world gave to Camp Lovehoney, a sexual wellness retreat by British sex toy company Lovehoney. I came across the camp after my editor, Rosemary Donahue at Allure, showed me the itinerary, and we joked about what would transpire after the company loaded up the New York sexual wellness world with aphrodisiac-infused cocktails and snacks.

“What people probably expect journalists to write about sex camp: TK Wild Hookups I Had In a Tiny Cabin,” she tweeted. “What I really wanna write: How To Avoid Getting Lube On Your Phone While Sexting.”

what people probably expect journalists to write about sex camp: TK Wild Hookups I Had In a Tiny Cabin

what i really wanna write: How To Avoid Getting Lube On Your Phone While Sexting

My time at sex camp was equally wild.

But it wasn’t the itinerary that I liked most about Camp Lovehoney. It was the people who went. The overwhelming majority of the writers invited to camp were women and nonbinary. Most were queer. All of us faced marginalization in some shape or form in our sex lives. And we all had a common interest in building better, more inclusive, and more thorough sexual education resources in our line of work. For example, I immediately clicked with one of my fellow Allure contributors, Sophie Saint Thomas, as we chatted about everything from queer dating (subjectively difficult) to lesbian firefighters (objectively hot). Like myself, she loved being surrounded by people with the same values and beliefs as her.

“My favorite part was getting to know fellow sex writers and educators. I found speaking directly with others the most educational and enjoyed a group setting in which I was around other sex-positive folks,” Saint Thomas told me after the retreat. “I was impressed by who was in attendance and wish there were more opportunities to bring together sex-positive folks [and] take the burden off of us to do the planning and organization.” I grew up in central New Jersey and went through sex education in middle and high school. Most of the information I learned was about cis male puberty, STIs, HIV transmission, sexual harassment, different forms of protection, and why having numerous sexual partners was a risky idea.

While a lot of that information played an important role in my formative sexual years, so much of it proved useless later in life. The bodies I learned about in school were cisgender, heterosexual, and purely normative. Discussions on trans bodies and queer sex were nonexistent, the words “transgender” and “hormone replacement therapy” were never uttered once, and kink was forbidden as a topic of discussion. Casual sex was criticized as something “loose” girls did and just another way to spread disease quickly.

There’s an underlying problem here: American sex education treats sex as if it’s a clinical affair for reproduction and rearing a family. Pleasure is out of the equation. And when it does appear, it’s something driven by cis men and based largely around penis-in-vagina penetrative sex.

“Sex education is far too cishet,” Saint Thomas told me. “It does not often dive into subjects such as gender or kinks and even safer sex education is rudimentary. It stems from a sex-negative place. There is a sense of community, but it’s one created by those who understand these limitations and create our own community because others won’t.” 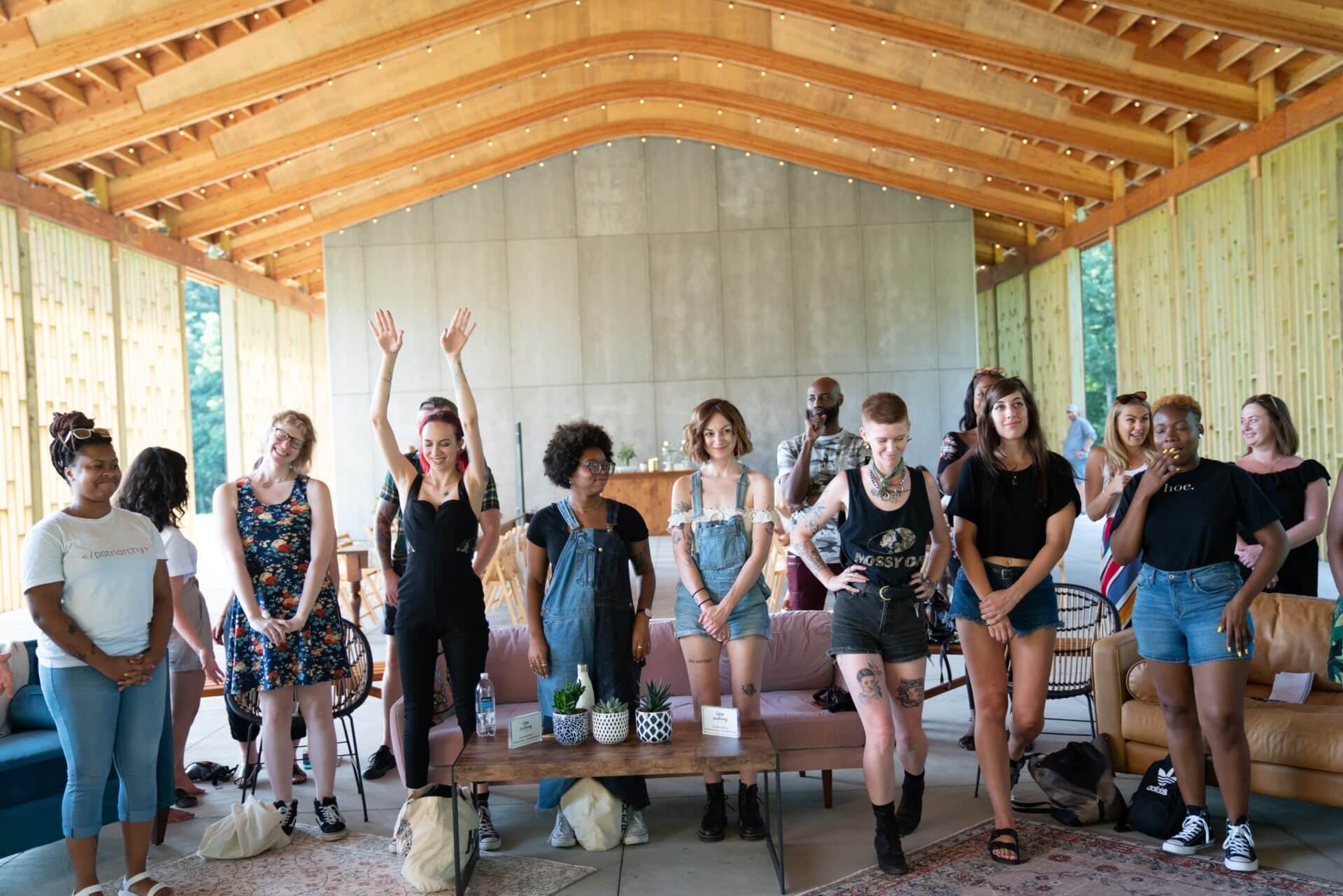 While 24 U.S. states and Washington, D.C., mandate sex education, there’s a huge gap between ideal sex education programs and actual school districts’ approaches, according to Planned Parenthood. Citing a 2014 Centers for Disease Control and Prevention study, Planned Parenthood claims that less than 50% of high schools and only 20% of middle schools teach all of the CDC’s 16 sex education components. A June 2016 study from the Guttmacher Institute reports a decline from 2006 to 2013 of formal sex education about birth control for cis women, discussions on consent, and receipts of instruction on birth control for cis men. Most declines were “concentrated among adolescents living in nonmetropolitan areas.”

“Declines in receipt of formal sex education and low rates of parental communication may leave adolescents without instruction, particularly in nonmetropolitan areas,” the Guttmacher Institute report notes. “More effort is needed to understand this decline and to explore adolescents’ potential other sources of reproductive health information.”

When we talk about inclusive sex education, we mean workshops and seminars that embrace sex as something fundamentally beautiful and pleasurable. Intersectional sex education encourages students to love and adore queer, diverse bodies. It values sexual boundaries inside and outside the bedroom, whether by talking about sexual difficulties without judgment or learning how to understand and respect your partner’s body without shaming it. And it treats sex as a healthy, positive, and mutually beneficial way to bond with another person.

This is why Camp Lovehoney was such an amazing experience for queer writers. Far too many of us grew up with health classes that taught shame, fear, and disgust around sex. We have to unlearn this baggage, and many of us still fight it every day of our lives. The retreat was an opportunity to know we’re not alone, and that real, flesh-and-blood people are working to rebuild the world’s relationship with sex.

“As someone who doesn’t work in an office, most of my community building with other queer folks/sexual wellness educators/writers take place online, so the opportunity to actually hear folks’ voices [and] interact as FRIENDS was powerful,” another friend and fellow camper, Gabrielle Kassel, wrote to me after the retreat. 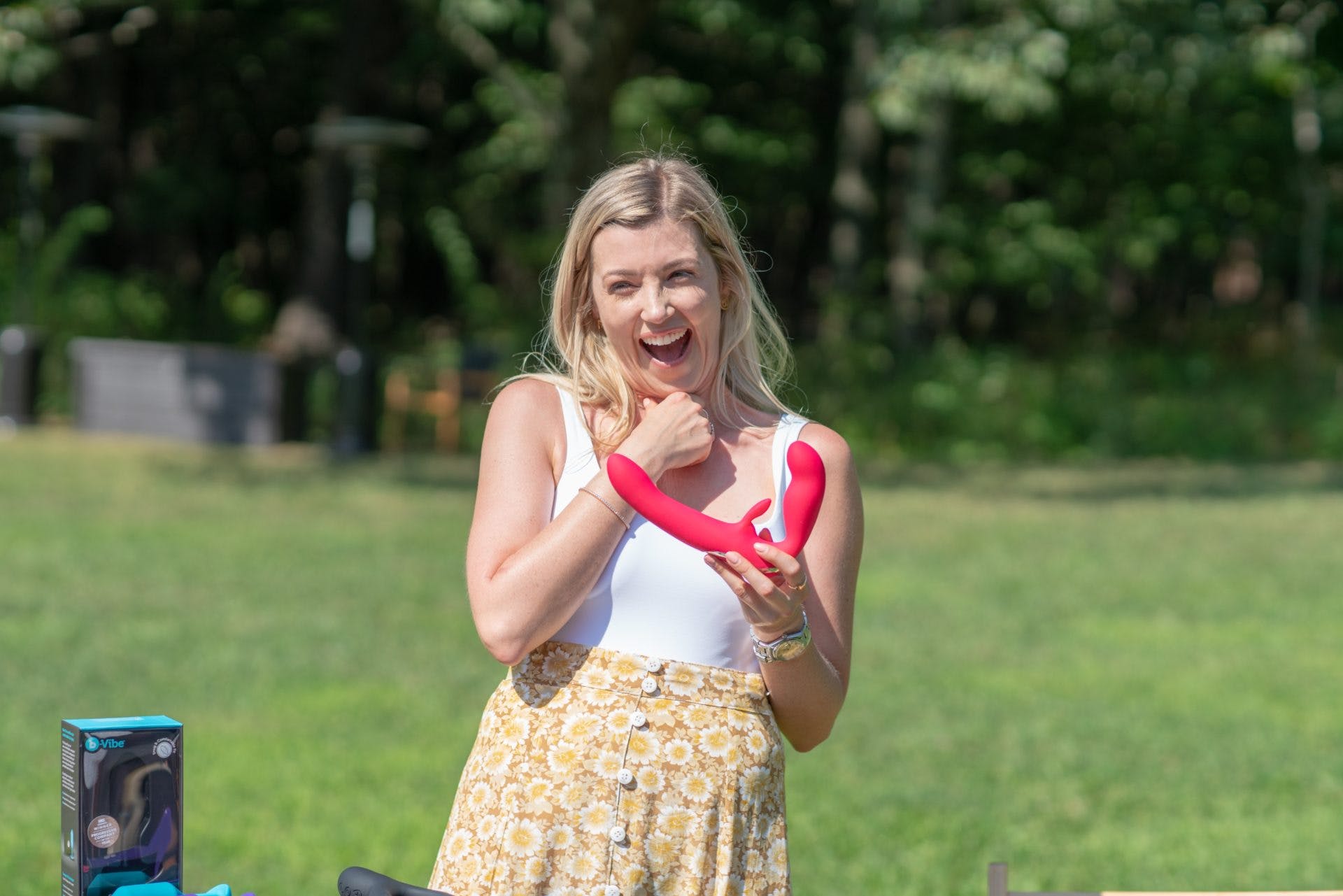 In the 2020s, we need to break this monopoly on sexual pleasure and give it back to queers in rural and suburban spaces, not just major cities. But we can’t do that without a sense of community, and that’s exactly where the internet comes in. The community-forming app Meetup hosts tons of groups dedicated to sexual wellness, and quite a few are based in less densely populated towns. Despite ongoing censorship, Facebook groups are still great resources for connecting like-minded folks together, as long as you cleverly word titles and posts to avoid automatic censorship. And Facebook, Instagram, and Twitter are great ways to spread word-of-mouth around upcoming conventions and retreats around the country, like Autostraddle’s A-Camp.

“For people who don’t get to use their job as an opportunity to meet other awesome queer journalists/educators/etc, I can’t recommend those online spaces enough. Truly,” Kassel said. “Queer/bisexual Twitter has helped me overcome some internalized biphobia and the sex educator Instagram space has made me feel a part of something: folks share each others’ content, answer questions in new, non-stale ways, engage in the DMs, and sometimes move that communication offline.”

But if Camp Lovehoney taught me one thing, it’s that the internet is just the beginning for creating inclusive, radical, and pleasure-centric sexual education. We have to make spaces where we can meet one another in person, from the Bible Belt to the Deep South. We need to support pleasure activism in rural America and suburbia by helping our fellow queers meet online, organize offline, and find a sense of belonging anywhere they go. And we need to bring our values into the classroom to teach teens that it’s more than OK to be kinky and queer: It’s beautiful.

“If you’re in a rural area, to be blunt, if you need to for your safety try to get out, but I understand that can come with financial struggles,” Saint Thomas said. “Create a community within your own town and stay connected with others online. Do not be afraid to lean on others. Avoid isolation and practice self-care as fighting against the cishet sex-negative norm is not an easy battle and we need you.”