Trans/Sex: From orgasms to dysphoria, the truth about vaginoplasty

Recovering from vaginoplasty is a journey—but a worthwhile one.

Going under the knife. Scheduling the surgery. Getting a new pussy. There are many ways trans people describe vaginoplasty, a form of gender affirmation surgery in which a vagina is constructed from the patient’s tissue. For trans women and nonbinary people, this usually involves a “penile inversion” procedure, where the penis’ skin is used to create a vaginal lining, the scrotum’s skin is sculpted into a labia majora, and the penis’ tip is used for the clitoris. This isn’t always the case—two years ago, Wired reported on a surgery one of my friends pioneered that used her peritoneum membrane in her abdomen—but it remains the most common to date.

Vaginoplasty is a near century-old subject of cis fascination (or fetishization) over gender transitioning. But there’s a knowledge gap between trans people who get the surgery and those who don’t. Before I started researching the ins and outs of making your outie into an innie, I thought post-op patients had a high risk of losing the ability to orgasm or having dulled sexual sensation after recovery. Of course, neither of those are true, but I’m sure there are other trans folks out there who believe the same half-truths.

In this installment of trans/sex, we’re separating fact from fiction and hearing from trans people who have gone under the knife. 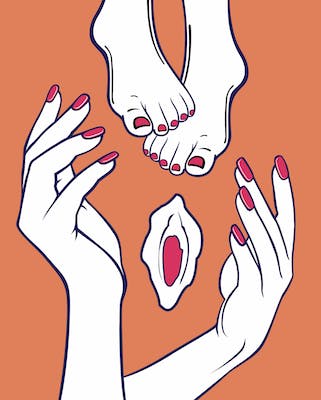 The most normative gender transitioning story goes something like this: Trans woman realizes she was born in the wrong body from a young age, proves her womanhood to a doctor, starts hormone replacement therapy, gets surgery because of her intense discomfort with her genitalia, and comes out from the operating table as a perfectly cis-passing woman. It’s a cute fantasy, but it’s not entirely true.

For one, it’s not just trans women who get vaginoplasty. Intersex people and nonbinary folks may undergo the procedure, too. Nor does every single trans woman and nonbinary person elect to change their genitalia. For those who do, they may not feel intense genital dysphoria prior to their surgery. Instead, receiving a vagina may be euphoria-inducing.

“I think I’m a somewhat uncommon case in that I didn’t actually have very much dysphoria about my genitals pre-op. I was pretty comfortable using my penis for sex in basically the same way that I did before transitioning,” said Crystal Storm, a transgender woman and burlesque performer who underwent vaginoplasty in April. “It wasn’t so much that I hated my penis, it was more that I would much prefer to have a vagina.”

Storm described recovery as “super weird,” because her brain had to acclimate itself to all of the new connections in the vagina and crotch. At times, it’s almost like she has a phantom penis. Her brain thinks her genitalia is still there, but it’s not. She described the sensation as if she “still had a penis but it was just tucked like SUPER tight.”

While normative transitioning stories suggest a new vagina is the final step of normative reintegration into society, that’s also far from true. Many trans people continue to explore, experiment, and subvert gender expectations post-surgery. In Storm’s case, she’s kicked around buying and wearing a packer just to have a bulge in her pants.

“You know what’s wild? I actually kind of want to wear a packer sometimes. Like seeing a trans girl with a visible bulge in her underwear is super hot, and I kind of miss that look to be honest,” Storm said. “Like there’s this growing movement of trans girls who are proud to have a dick, and having surgery feels like I’ve betrayed that somehow. But then again I can wear leggings without tucking now so ¯_(ツ)_/¯.” (Emoticon hers.)

While many people who undergo vaginoplasty feel like Storm, others have severe genital dysphoria. For these trans people, surgery is absolutely vital, as they can only feel comfortable in their bodies—and more specifically, in their sex lives—with a vagina. Tara Gale Collie, who also had her operation in April, described her relationship with her pre-op configuration as “bad.”

“I didn’t really like having sex, or being touched there, and I would just try to avoid any interaction with them,” Collie explained. “After surgery my relationship with my body is so much better. I no longer feel dysphoria with what I have down there, I can wear leggings, or skirts, without feeling the constant need of checking if my tuck needs readjustment or not or feeling self-conscious.”

But a vagina doesn’t get rid of gender dysphoria outright. In Collie’s case, she still grapples with dysphoria even though her genitals are no longer the source of her discomfort. And vaginoplasty brings its own issues to sort out during recovery, such as being bedridden, dealing with difficulties walking, and having pain while sitting.

Most annoying of all is dilation, where patients insert a dilator into their vagina to maintain its depth and shape. Because most post-operative vaginas lack natural lubricant, it’s an absolutely essential part of care after surgery to make sure the vagina doesn’t close up. But it’s both time-consuming and uncomfortable, which explains why it’s one of the most common complications trans people experience post-surgery.

“I won’t lie; [vaginoplasty is] a big, [thorough], hardcore surgery,” Collie said. “I knew what I was getting into but actually having to go through it it’s a totally different experience. The surgery will change your life, and it will fuck you up. It’s hard. Recovery is hard.” 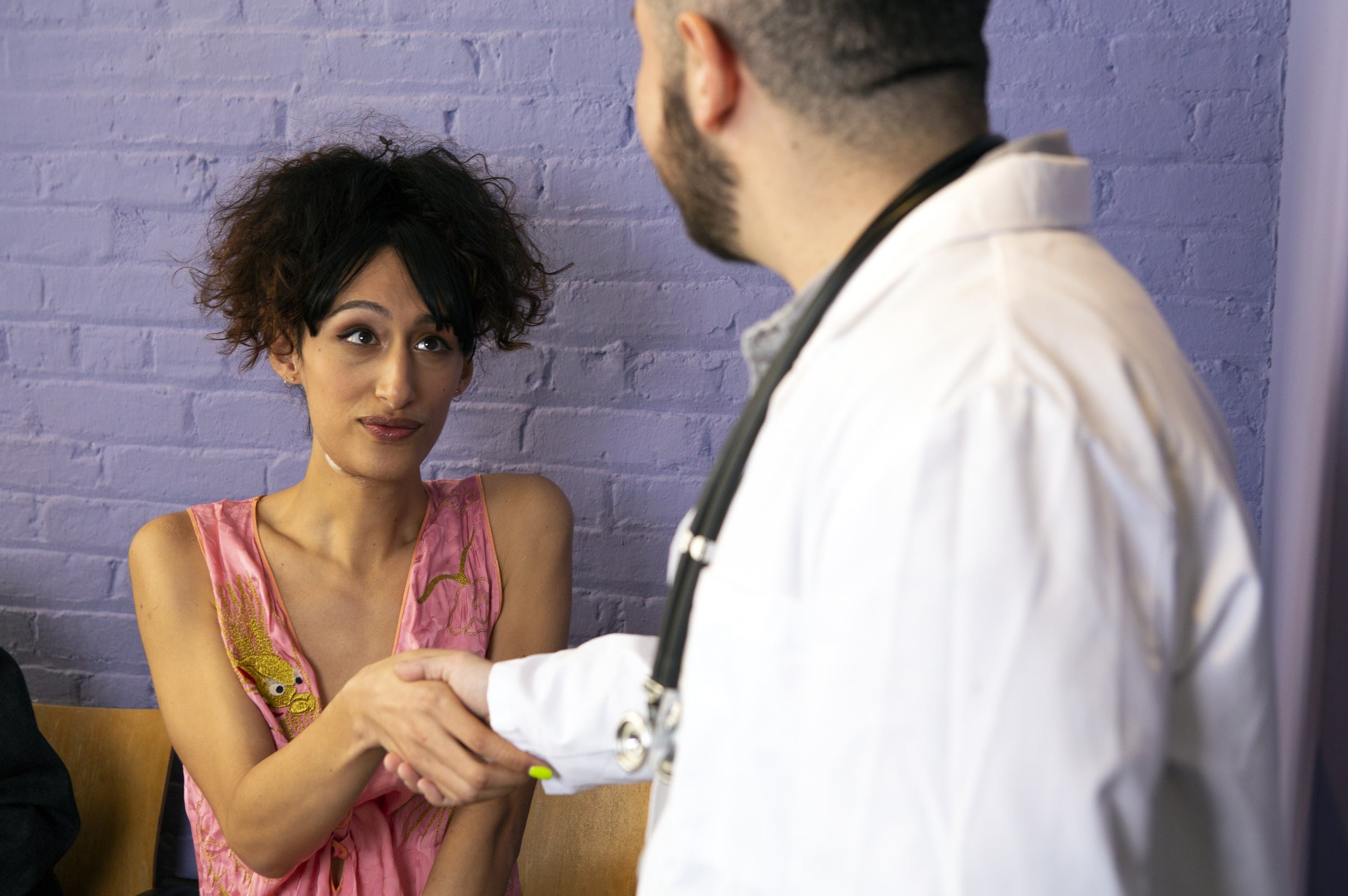 A long-running fear among trans women and nonbinary folks is whether they will lose the ability to have an orgasm after surgery. It’s one of the reasons I decided I didn’t want a vagina. I didn’t want to risk losing my sexual functioning, including my ability to climax.

“In an outcome study published in 2002, 86% of the author’s patients were orgasmic,” Dr. Toby Meltzer writes. “Pre-operative functionality is an important indicator, though it is possible that a previously anorgasmic patient will be orgasmic following vaginoplasty.”

Like many parts of gender transitioning, the journey is the best part about reaching the destination. And experiencing a post-op climax can be an incredibly gender-affirming experience, both emotionally and physically. Alex Zandra also received her surgery this past April, and like myself, she was worried that vaginoplasty would result in her inability to orgasm after recovery. After healing up, she began experimenting.

“The biggest differentiator now is that I can’t just power through it,” Zandra said. “Like, before, given enough stimulation I would inevitably reach orgasm, it was a certainty. Part of the fun was trying to get a really good one by taking it slow. But it was always 100% certain to happen. Now, though, I have to be in the mood or else it doesn’t happen, and that’s a huge shift.”

“Turns out it’s probably due to how [gender reassignment surgery] works; the sensitive part of the penis is sort of coiled/arranged into this space above the vaginal cavity so that the tip ends up taking the place of the clitoris,” she explained. “But the rest of it is still there, because you can’t just disconnect the two parts, you gotta keep it all somewhere. And that part is still super sensitive. So basically there’s a large skin area that can be massaged through the skin and good gosh it’s sensitive.”

Zandra has since moved away from using vibrators altogether and instead focuses on manual stimulation. At this point, she says the hardest part is just how intense things can be that she will “just zonk out in the middle of it.”

“It’s difficult to reach orgasm when the road leading up to it makes it incredibly difficult to stay on track and not just veer off for minutes at a time,” she told me. 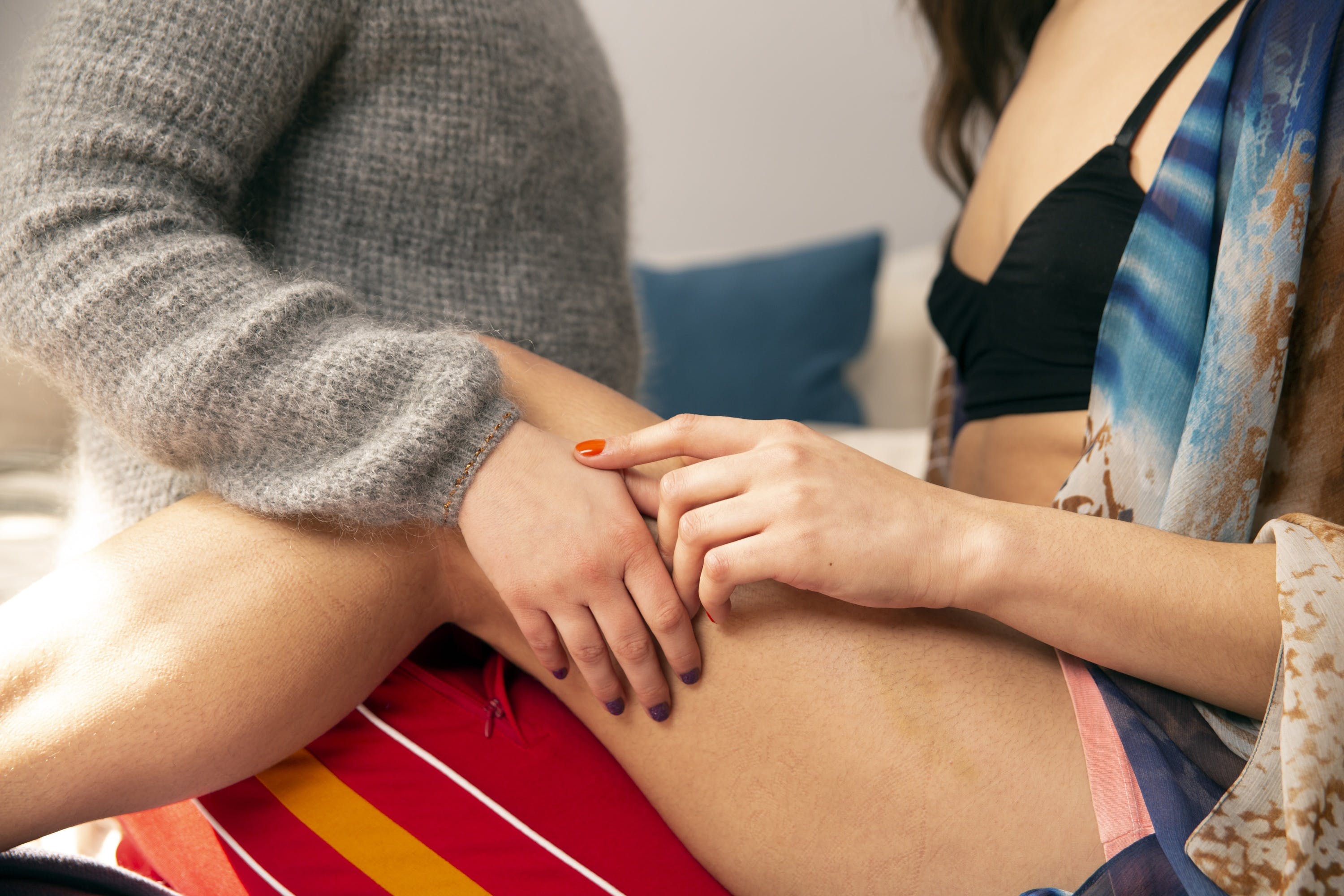 But every trans person recovers on a different timeline. Despite being three months out from surgery, Storm hasn’t orgasmed yet. In the meantime, she’s waiting for sensation to return from her remapped nerves. “It sort of feels like I went from a functional but less-than-ideal sex organ to one that is largely non-functional,” Storm explained. “It’s only been very recently that I’ve been able to see my vagina as a sexual part of my body, rather than just a medical issue that I need to maintain.”

Granted, having an orgasm isn’t the end-all, be-all of post-op sex. Storm recollected an incredible experience she had with her wife, who is a cis woman, and how vaginoplasty made strap-on sex much more fun.

“We recently tried to do a light bondage scene where I just stayed fully clothed the whole time and topped her with a strap-on, and it was pretty great. We still got to feel that physical connection, but there wasn’t pressure on me to orgasm,” she said.

Relearning how your body works is a difficult process, even though surgery’s benefits outweigh the initial hurdles. But things could be easier for people like Storm, Zandra, Collie, and Allen. They shouldn’t have to rely on word of mouth or sheer willpower to pull through during recovery.

That’s one of the biggest reasons additional sexual education material on vaginoplasty is badly needed, both for those who go under the knife, trans folks interested in the procedure, and their lovers supporting them along the way. We all need to learn more about our bodies so we can properly take care of them and enjoy them. Otherwise, we regurgitate myths claiming post-op trans people can’t orgasm.

“Once I was able to come, it was a huge weight lifted off my shoulders, and kinda made all following experimentation more fun,” Zandra said. “Like, now I understand why so many folks kept saying it was about the journey, not the destination. Getting turned on is supposed to feel good? Ana, did you know?”