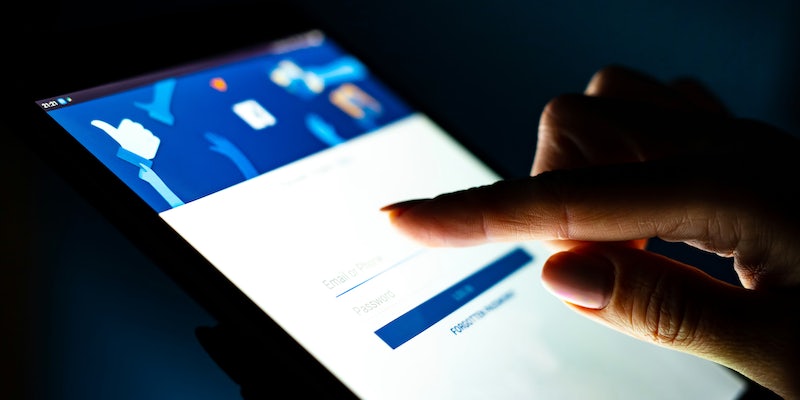 Discussing 'sexual preferences' could get you banned.

On Oct. 15, Facebook’s community standards outlined a new section explaining what content counts as “sexual solicitation” on the service, according to PC Mag. While Facebook had already banned “engaging in sexual solicitation,” the new guidelines target “implicit” solicitation, such as “vague suggestive statements,” “mention of sexual roles,” and most troubling of all, stating one’s “sexual preference.” In short, outing oneself as queer could be banned for being “suggestive” content.

Furthermore, Facebook’s community standards don’t just apply to Facebook alone. They also govern all social media platforms owned by Facebook, as Wired reported in April. That means both Instagram and Facebook Messenger are impacted by the new rules.

Oh, and in case you were wondering—yes, Facebook scans links and images on Messenger and reads reported chat logs flagged by users. The site claims the move is designed to “stop abusive behavior.”

“For example, on Messenger, when you send a photo, our automated systems scan it using photo matching technology to detect known child exploitation imagery or when you send a link, we scan it for malware or viruses,” a Facebook spokeswoman told Bloomberg earlier this year.

While the change came in mid-October, the guidelines largely went unnoticed until Tumblr banned NSFW content from the site this week. The move by Tumblr has since been strongly criticized for harming queer users, sex workers, and adult artists—criticisms that are similarly being levied against Facebook.

Facebook’s updated community standards are fucking WILD! Stating your sexual orientation is now literally against the rules and is seen as solicitation.
Also butts are not ok anymore either.

Fuck this so much. Everything about it. pic.twitter.com/VMN1Drq9mN

Read the whole thing. I don’t want any one banned. https://t.co/qpdPAjRa9T pic.twitter.com/t1xPFiCntF

It’s hard to tell for certain how Facebook will carry out its new guidelines. Based on the need for “implicit sexual solicitation,” it seems likely that Facebook will target users outing their sexuality to hook up with others. This means queer Facebook posters discussing their identity in a platonic setting would most likely be safe from having their posts removed.

That said, banning sexual solicitation harms the queer community extensively. Many LGBTQ users rely on Facebook for private groups dedicated to “queer cruising,” or looking for sexual partners in one’s local queer community. In these groups, Messenger is often the first point of contact for arranging dates or sexual encounters. The new guidelines would ban these queer spaces, robbing queer adults of their ability to bond sexually and romantically.

Likewise, queer and trans Facebook posters often reference sexual roles like “top,” “bottom,” or “switch” in queer humor. At times, these jokes may be flirtatious, while others are satirical, and the line between those two are blurry at best. It’s unclear if Facebook moderators would be able to differentiate between flirtatious and satirical jokes to begin with, and even then, banning “implicit sexual solicitation” about “sexual roles” chills queer humor.

Ian Mahler, a non-binary queer Facebook user, primarily relied on Facebook to keep in touch with queer and trans friends. He stresses that the new guidelines “strike at the heart of everything I do on that website,” and that there “aren’t many alternatives to Facebook.”

“As a trans teen in the past being able to connect with other trans people online probably saved my life,” Mahler told the Daily Dot. “I don’t really want to think what might’ve happened if I didn’t have the chance to find the kind of discussions online (including Facebook) where mentions of sexuality, HRT, & various body parts would probably go against Facebook’s updated community guidelines.”

The USA may not have formally banned sexual content from the Internet, but the recent passage of SESTA/FOSTA and the rhetoric around them have told people all they need to know about what their rulers think of sex outside married, white, heterosexual reproduction.

Pretty sure the odds of Facebook using this to ban people for merely stating a sexual preference somewhere (as in: Just Being Queer Online) are somewhere around 100% https://t.co/CSgdK5sMzK

Facebook and Tumblr aren’t the first online platforms to limit adult expression for queer users and sex workers. After SESTA-FOSTA passed in Congress earlier this year, websites across the internet began removing spaces traditionally used by sex workers. Sex workers have since created their own websites to combat the problem, although it remains unclear if additional platforms will emerge to support content creators harmed by Facebook and Tumblr’s recent policy changes.