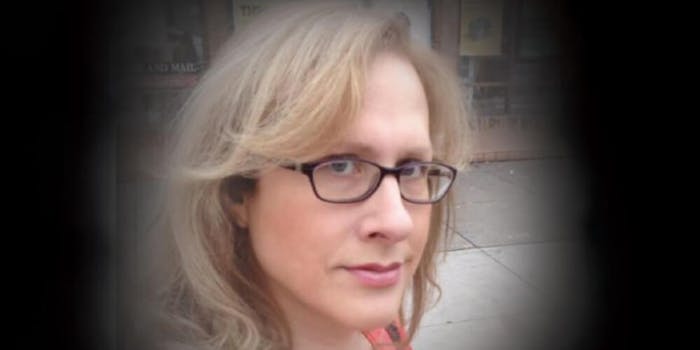 Trans-rights activist Julie Berman was murdered in Toronto on Sunday. Twitter users are mourning her death.

Berman was an advocate for over 30 years, according to Canadian news outlet CBC. As part of her advocacy work, Berman was outspoken about violence against transgender women.

“In loving memory of Julie Berman, a proud trans woman and tireless advocate who fought to raise awareness of the increasing rates of anti-trans violence across our city. With heavy hearts, we will remember Julie,” the official Twitter account of an LGBTQ organization Pride Toronto wrote.

In loving memory of Julie Berman, a proud Trans Woman and tireless advocate who fought to raise awareness of the increasing rates of anti-trans violence across our city. With heavy hearts, we will remember Julie. #RestInPeace pic.twitter.com/JvmfGzLX7R

Nearly two years after she publicly spoke about the murder of her transgender friend, Berman was found in her apartment with serious head injuries, according to the Globe and Mail. Emergency responders brought her to a hospital where she was pronounced dead. Police have charged a suspect with second-degree murder.

Since her death, Berman’s name has trended on Twitter as users mourned and remembered the advocate.

“Rest in power Julie Berman. Thank you for your activism. Your death is yet another tragedy for our community,” Twitter user @freddymcconnell wrote. “It will not be in vain. It cannot be.”

Heartbroken today and grateful for the life of Julie Berman, senselessly taken from us out of hatred. https://t.co/LMx50EMRqR

Her name was Julie Berman. As we lament the murder of yet another transgender woman, it falls to us to help family members & friends to respect and protect all transgender people. https://t.co/57TwCR0izm

Toronto is fatal to queer people: careless of our lives and indifferent to our deaths. https://t.co/e8xEDz4AW4

Many people tweeted about how trans women, especially women of color, are disproportionately affected by violence.

“Julie Berman’s tragic murder continues the epidemic of violence against trans women,” Twitter user @DemWrite wrote along with a list of trans women who have been killed.

Her name was Julie Berman. She was an advocate who had already lost a friend to violence. Trans women, and especially trans women of colour, are disproportionately affected by violence. No one's life should be at risk for being who they are.#TransRightsAreHumanRights https://t.co/NjduLPRoPu