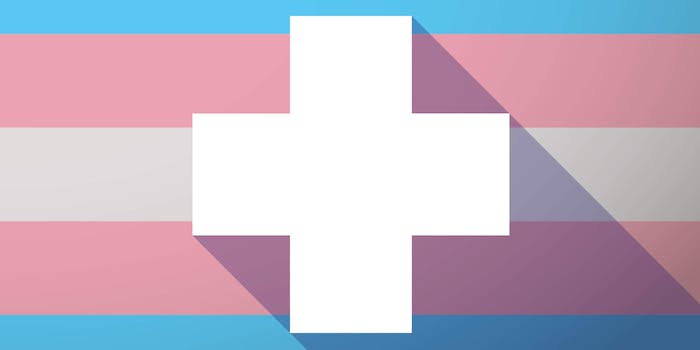 It's a strike against the trans community.

Under the new rule change, HHS grant recipients do not have to comply to nondiscrimination guidelines protecting queer and transgender patients.

The National Center for Transgender Equality warned in a press release that the rule “will allow anti-transgender discrimination in HIV and STI prevention programs, opioid programs, youth homelessness services, health professional training, substance use recovery programs,” among other vital health care programs treating issues “with a disparate impact on transgender people in the U.S.”

On Twitter, the center warned that the new rule strips away protections requiring federally-funded programs to treat “same-sex marriages as valid.” The center also said the immediate change doesn’t allow time for advocates to oppose the rule.

The impacts of this rule are likely to be felt far and wide, since HHS offers hundreds of billions of dollars in grant funding every year that impacts millions of lives. We'll be watching for more developments, so stay tuned.

The HHS rule does not target the Affordable Care Act itself, Vox contributor Katelyn Burns stressed to the Daily Dot, but rather health programs receiving federal funding. This includes HIV testing programs, as well as Title X family planning services. Yet, Burns stressed, “we don’t know which [organizations] will follow that rule and which will be inclusive to begin with.”

The new rules may disproportionately impact people living in rural and suburban areas over major cities with enormous queer communities, for example, although Burns said that the new guidelines impact trans people in urban areas, too. An urban neighborhood’s reproductive health clinic could “hire a [trans-exclusionary radical feminist] tomorrow,” she said.

The internet and social media provide access to information on LGBTQ healthcare, which means trans and queer people can still find alternate solutions for help. For instance, some trans people order hormones over online prescription websites. However, Burns said, the rule will still negatively impact trans and queer people.

“The trans community has always been resilient, we’ve always been creative in getting access to the things that we need,” Burns said. “But having said that, any restrictions to access important programs is going to have a very immediate impact for at least some people in the trans community.”

The Daily Dot reached out to the White House and HHS for comment.