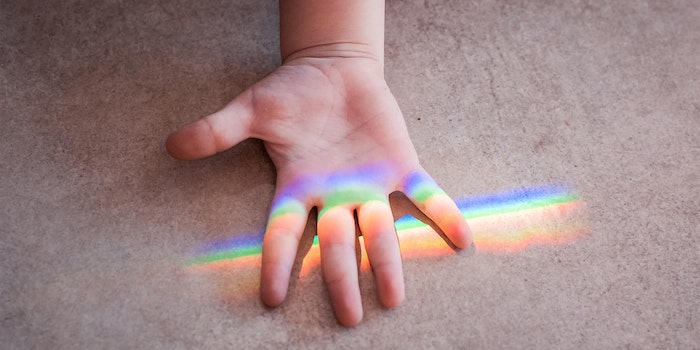 A family fight in Texas is now the center of a national controversy.

The right is exploiting a custody dispute over a transgender seven-year-old to promote its transphobia. The obsession bears a striking similarity to the previous fervor over “drag kid” Desmond is Amazing.

It’s an argument that this morning made its way up to the president’s son.

Luna Younger née James Younger is the subject of a custody battle between father Jeffrey Younger, who wants to stop her transition from male to female, and mother Dr. Anne Georgulas, who supports it. Dr. Georgulas originally petitioned to require Younger to affirm Luna’s gender identity; he countersued for sole decision-making rights over Luna and twin brother Jude.

This week, a Dallas jury found in Dr. Georgulas’ favor and recommended that she be granted sole decision-making authority.

The right-wing has latched onto the story. There are thousands of #ProtectJamesYounger tweets.

What is Protect James Younger?

In their zest for exploiting a deeply personal family matter, they’ve paid little heed to either the facts or, it seems, libel laws. Right-wing outlets have published stories with varying mixes of fact and fiction.

“This is evil, insane child abuse,” the Daily Wire proclaimed in the headline of a story by Matt Walsh that’s inexplicably marked “news.”

In the wildly defamatory piece, Walsh calls Dr. Georgulas a “sick and twisted woman” who “should be locked in prison for the rest of her life” for “ruining” her child’s life by convincing her that she is trans. Walsh says that he believes that Dr. Georgulas is suffering from Munchausen syndrome by proxy and is forcing Luna to transition as a result. He also incorrectly says Younger’s only option to stop the transition is to kidnap Luna and leave the country, “a move that would be not only morally justified, but heroic.”

In reality, Younger will have the right to appeal, just like every other party to a court proceeding.

Walsh went even further on Twitter, calling Dr. Georgulas a “despicable monster,” “a lunatic,” “pure evil,” and begged for Trump’s help in getting #ProtectJamesYounger to trend. (A receptionist at Dr. Georgulas’ office told the Daily Dot that she is not currently doing press.)

Other prominent right-wing personalities are similarly in hysterics over the story.

“Take your son and run, sir,” Katie Hopkins urged. “This is child abuse,” said Alex Bruesewitz. Ashley St. Clair called Luna’s transition “a FORCED sex change,” and for some reason believes that the jury’s verdict (11 of 12 jurors voted in favor of Dr. Georgulas, a pediatrician) is “an abuse of power.” Kyle Kashuv said it was “blatant child abuse—the mom is manipulating her son to believe he’s a girl.”

They’ve even taken to attacking the judge presiding over the case; her Twitter account is now protected.

If you are 7 years old you cannot have sex, you cannot smoke, drink alcohol, join the military, get married or drive a car as you are not old enough to make that decision.

But the court believes you are old enough to change your gender.#ProtectJamesYounger. https://t.co/ZdHmcUFlVv

BREAKING: In Dallas TX this Wednesday, Judge Kim Cooks will rule to allow the forced sex change of a 7 year old boy in the 255th Family District Court.

The mother doing this to her 7 year old son: Dr. Anne Georgulas

Please read this and use your political power to do something about it. This should never be allowed to happen. This child is being abused by his mom. The dad is trying to #ProtectJamesYounger. Help him! https://t.co/X8Kmooxhuc

BREAKING: In Dallas TX this Wednesday, Judge Kim Cooks will rule to allow the forced sex change of a 7 year old boy in the 255th Family District Court.

The mother doing this to her 7 year old son: Dr. Anne Georgulas

What we are seeing right now is state sanctioned child abuse. If this doesn’t get overturned, we are in for a whole lot of never-ending hell from this pandora’s box. #ProtectJamesYounger

If you are 7 years old you cannot have sex, you cannot smoke, drink alcohol, join the military, get married or drive a car as you are not old enough to make that decision.

But the court believes you are old enough to change your gender.#ProtectJamesYounger. https://t.co/ZdHmcUFlVv

As much as they have vilified Dr. Georgulas, the right has hastened to laud Jeffrey Younger as a hero and a victim and take his every word as fact.

Dr. Georgulas and Younger’s marriage was annulled in 2015. The court found that Younger lied to Georgulas about his income, education, marital history, employment, and military service. (He denied some of the allegations.)

According to the appellate court, which affirmed the annulment, Younger told Dr. Georgulas that he was a career Marine who served in the Iraq War (he served a short time and was kicked out due to being underage), said he was a math professor at the University of North Texas (he wasn’t), that he had two degrees and was working towards a Ph.D. (he didn’t have a bachelor’s degree), and that he had “never took any assistance from the government” and made between $100,000 and $225,000 annually in most of the 90s and into the 2000s (he only made more than $100,000 in 2000 and had been on unemployment several times).

The court also found that he hadn’t told her that he served in the Army and was discharged “due to admission of homosexuality;” Younger admitted he was discharged for this reason.

The right is also promoting the false narrative that Luna is going to be “chemically castrated,” “pumped with female hormones” and have her gender changed medically. There is nothing in the record to indicate that this is currently imminent or even being considered, aside from Younger’s assertion that he worries that seven-year-old Luna will somehow begin puberty before the appeal can be heard in the next year or so. Puberty typically begins around age 11-12. Around this age, some trans children may be prescribed hormones to delay the onset of puberty.

The right is also using an interesting choice of weapons: Google reviews. Dr. Georgulas’ medical practice is currently being bombarded with one-star reviews. “Cringe,” “horrible practice,” are among the comments, many clearly false, on dozens of reviews that have been made on Google today.

A few have seen through the lies being circulated by the right.

I really hate religious zealots. The court case decided on the behalf of Luna/James Younger was whether his father could block him from *social* transitioning (being called "Luna"). The child is too young for anything else. Stop spreading lies. #ProtectJamesYounger #LunaYounger

Clickety clack down the track it's lots and lots of transphobia. #ProtectJamesYounger

Kid: I'm a girl, I want to wear dresses and be called Luna.

Conservatives: NO, NOT THAT WAY#ProtectJamesYounger is just ignorance, buying false information, and transphobia concentrated into stupidity.

Dear people using the #ProtectJamesYounger hashtag- PLEASE have a tiny bit of skepticism when it comes to articles linked by far right evangelical sources. This is by no means the story you think it is. https://t.co/eCW0oTsiTg

The judge will render the verdict in the case this afternoon.