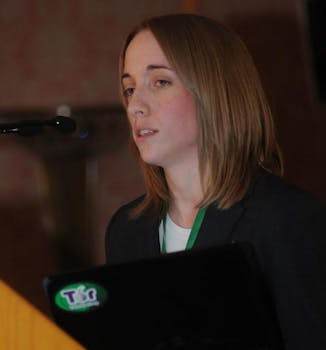 Behind the Tor Project

Core members of the Tor Project talked tech at Reddit recently, topping our list for the week's best live interviews on the social news site.

This week’s redditor-asked interviews were a grab bag of returning characters. You had the guys who witnessed history firsthand—(the Tiananmen Square Massacre and fall of the Berlin Wall), a familiar comedian (Jim Norton of Opie and Anthony fame), the return of Reddit cofounder Alexis Ohanian, and an encore from filmmaker Matthew Lillard, who gave his third IAmA, despite only having joined Reddit a month before.

But the most popular IAmA of the week is the one with the most technical know-how: the hacktivists who run the Tor Project, a free service that enables users around the world to keep their Internet activity private. Though they answered a number of technical questions, as the Daily Dot’s Kevin Morris noted, “It’s telling that the most upvoted comments at the Tor anonymity project AMA are all ‘thank you.’”

1) Hi IAmA! We are core members of the Tor Project. Ask us anything! (self.IAmA)

Q. Aren’t there significant legal risks to allowing people to proxy through your IP address?
Call me stupid, but isn’t it like lending random strangers your passport and a mask that looks like your face? (lahdeblah88)

“Potentially, yes, and you need to be aware of this risk before setting up an exit relay. I recommend that you read Tips for Running an Exit Node with Minimal Harassment if you want to run an exit relay. If you just want to contribute in some way, consider setting up a bridge using Tor Cloud.”

2) I was the AP staff photographer in Beijing during the Tiananmen Massacre – AMA (self.IAmA)

Q. What was the most heroic thing you observed during the massacre? (Nazdaq)

“I saw several cases of people dodging bullets to retrieve the wounded and get them to a hospital. But Chinese hospitals didn’t have the kind of trauma care system we have in the West, so when I visited a hospital the next day I saw bodies stacked in a hallway.”

Q. What’s the most moving comment/reaction you have had from your video/s? (powlsy)

“So when I spend a couple years making a video with thousands of people in it, a number of them are bound to have passed away by the time it comes out. Last night I heard from the mother of a 20 year old who danced with me in Fayetteville, North Carolina in a shot that I ended up cutting from the video. He was killed in a motorcycle accident about a week after we danced and that footage is most likely the last that exists of him.

“That is pretty hard to deal with.”

4) By request: I was born in E.Germany and helped take down the Berlin Wall. (self.IAmA)

Q. What was East Germany’s reaction to Reagan’s “Mr. Gorbachev, tear down this wall!” speech? (probably_has_herpes)

“I was more or less unaware of it, and my reaction to it nowadays, when people credit Reagan for what happened, is an eye-roll and a sigh.”

Q. What are your thoughts on the subreddit SRS? In my opinion, it kind of kills the spirit of reddit.

5) AMA with Matthew Lillard to talk about tugging the FAT KID, putting the REDDIT alien in our movies credits, and everything else! (self.IAmA)

Q. So my country [Serbia] won’t show that in theaters. Amazon, Netflix and Paypal are off limits. (stareattheart)
How do I watch it then?

“shit. I’ll send you the script and you and your friends can make it into a play?”

6) I am Jim Norton, comedian, shamelessly whoring my new special on Epix, Please Be Offended and this is my AMA. (self.IAmA)

Q. You seem to hang out with a lot of comedians, what is that like? Seems like there might be a lot of pressure to be “on”. (MiloMuggins)

“I am friends with some of the funniest people in the country. But NOTHING, including Sandusky trial testimony, is more revolting than a comedian who ALWAYS tries to ‘be on’. We tend to ridicule those assholes because they’re being fraudulent.”