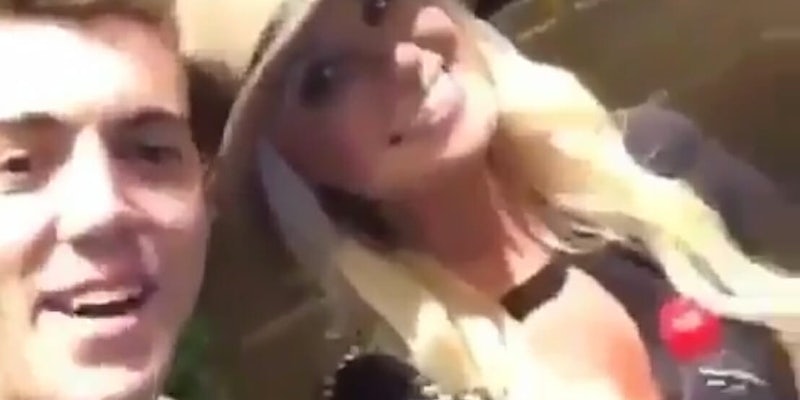 Tomi Lahren poses for selfie, gets told off instead

Watch how she reacts.

A video floated around Twitter on Friday showing a man posing for a selfie with conservative pundit Tomi Lahren, and then immediately asking her, “How does it feel to be a racist piece of shit?”

As the Fox contributor walks away in silence, she doesn’t drop her smile one bit.

How DOES it feel Tammy? pic.twitter.com/kL93Vhy5qM

The video originated on Reddit about a month ago, and Reddit user @thatgoodgood96 identified himself as the man in the video. He said he saw Lahren in New York City around then.

“‘Hey you wanna take a picture with me, huge fan!’ and then the rest was history,” the user wrote of the incident on the forum.

He wrote that he didn’t have a plan when he went up to Lahren, but “it worked out to a tee [sic].”

“Watching enough of her nonsense made this come extremely natural,” @thatgoodgood96 wrote. “She’s weirdly used to it it seems.”

Although the user made clear that he doesn’t call “everyone I disagree with a racist,” he wanted Lahren to know she’s “extremely unwelcome.”

“Fun to call her out and the silence that ensued after is unforgettable,” he wrote. “Hopefully she has to wear a little bigger hat next time walking around NYC.”