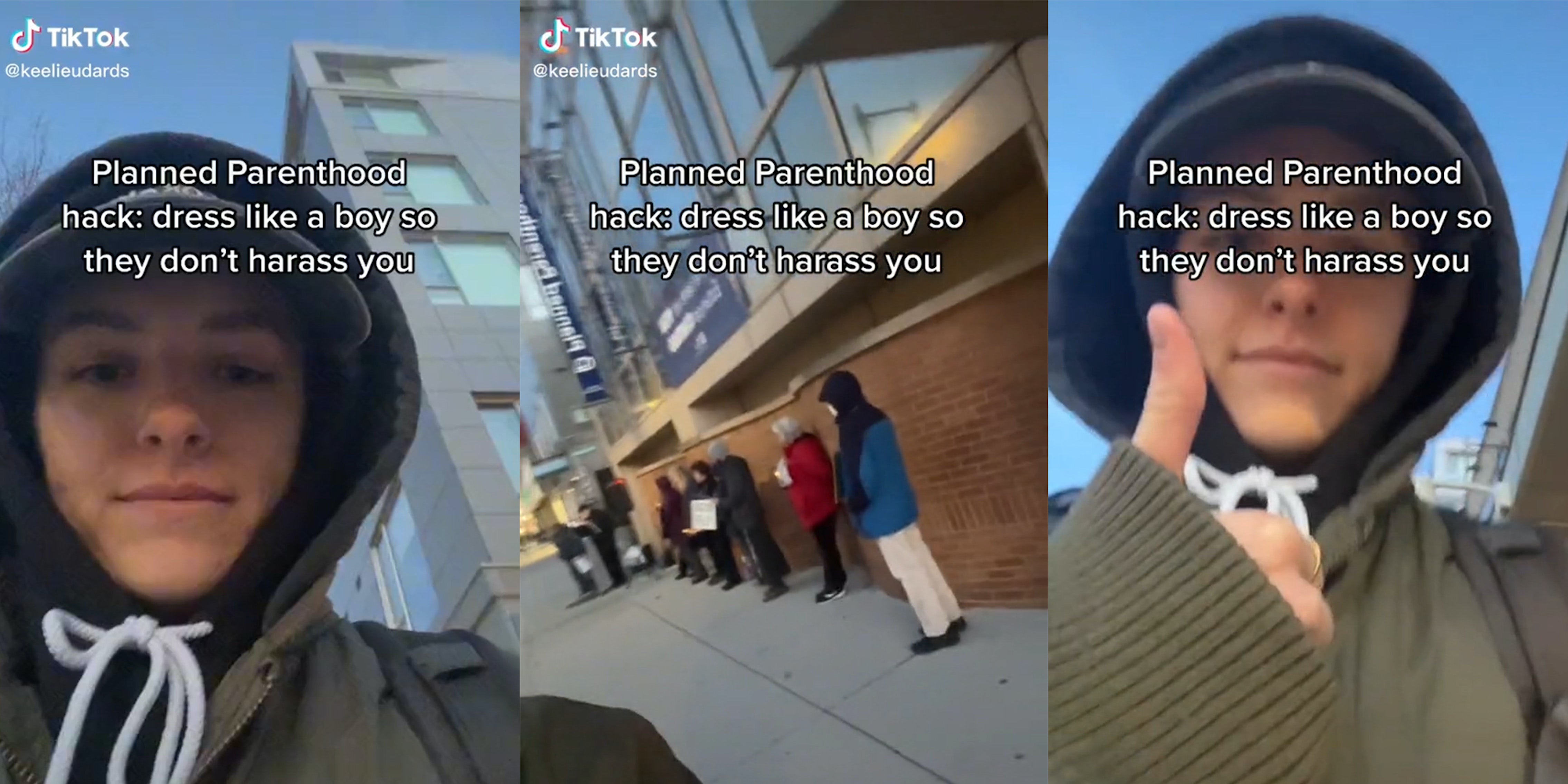 ‘Smart, but no one should have to do this’: TikToker dresses ‘like a boy’ to not get harassed outside of Planned Parenthood, sparking debate

'This is also a general hack for walking around anywhere.'

If one is seeking the services of Planned Parenthood and does not want to be harassed by the many protesters who frequently linger outside, they can simply “dress like a boy,” the TikToker says.

User Kellie shared this “Planned Parenthood hack” just four days ago, but her video already has over 2 million views.

“Dress like a boy so they don’t harass you,” Kellie wrote in the text overlay of the video. In the background, a group of protesters stand.

In the comments section, users shared their love for Kellie’s tip but hated the fact that it was necessary to avoid harassment.

“Smart, but no one should have to do this,” one TikToker commented.

“Using gender stereotypes against them lol,” another added.

One TikToker noted this specifically. “Ours does not even do abortions,” they wrote. “None in our area do. They are literally a low cost gyno helping people who can’t afford a baby not get pregnant. They also do important gyno care for people who can’t afford it, like routine cancer screening. Drives me insane when I see the protestors there.”

The issue of protesters standing outside Planned Parenthood locations is so persistent that many locations have dedicated sections to it on their websites.

On its web page, Planned Parenthood of Maryland gives an explanation of the protesters alongside information about what one can do to avoid them.

“The protesters generally do not believe in a woman’s right to an abortion,” the website states. “The protesters can carry signs and they may try to hand you pamphlets, show you pictures, and tell you what they think. Legally, they are not allowed to touch you or block your way into the clinic or the parking lot. You do not have to take anything from them or talk with them if you do not want to.”

“You can tell them to leave you alone. The safest strategy is to ignore them,” the website continues. “You have the right to be here without being harassed.”

While not being harassed may be the right of a visitor, as many TikTokers explain, that is not always the reality.

“When i went to get an iud and the PROLIFE ppl were shouting DEATH threats at at me,” one user recalled.

“Literally got kicked in the back one time walking into a Planned Parenthood in Providence when I was at college,” another said.

For now, TikTokers are content to find a new life hack and may even use it outside of a Planned Parenthood context.

As one user wrote, “This is also a general hack for walking around anywhere.”