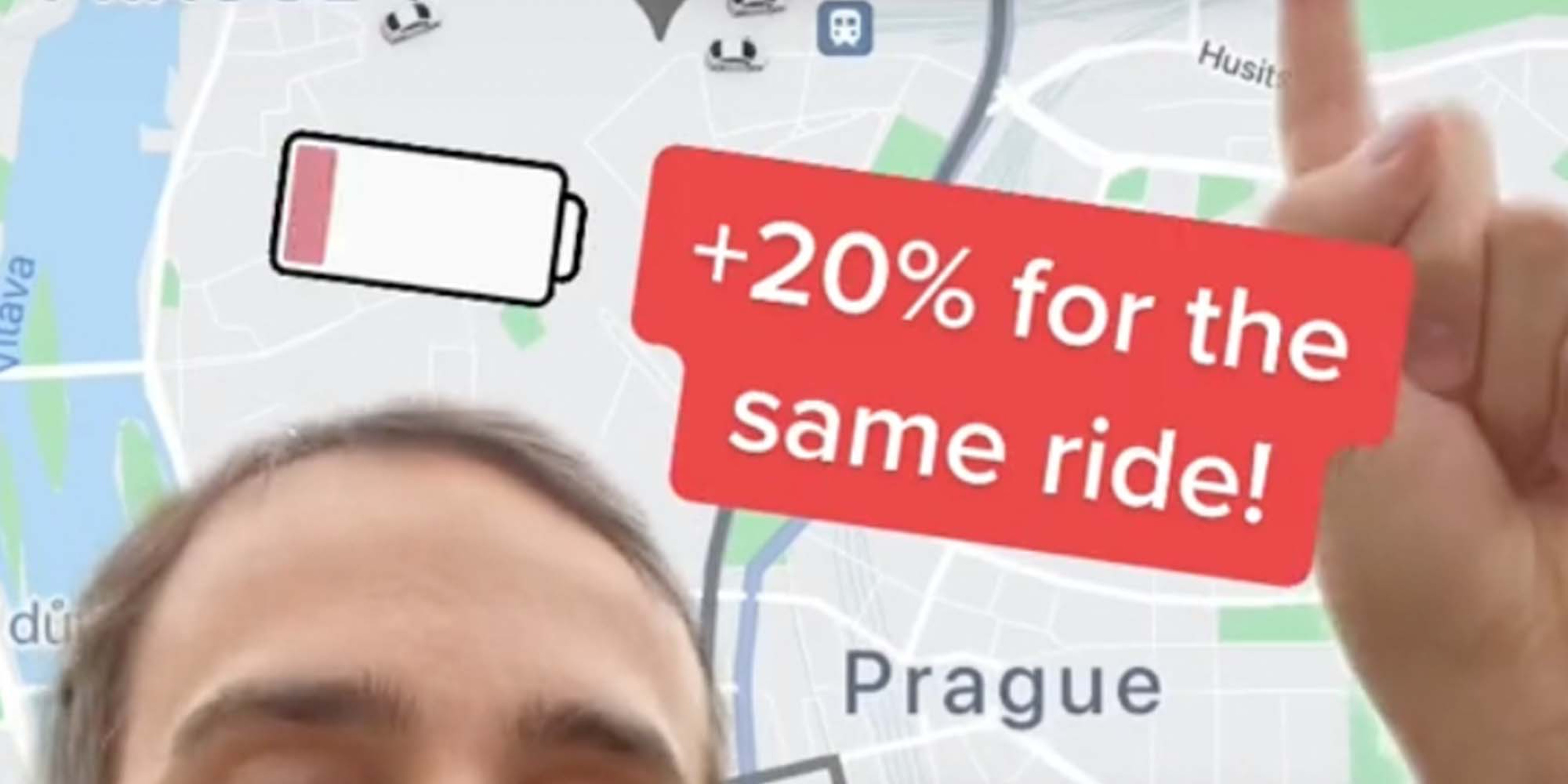 An independent study and Uber itself deny the claim.

“Because they know you’re desperate,” says Aubé, an artificial intelligence and tech designer. He’s joined in the video by TikToker @evakuttichova.

Aubé calls the move from Uber “capitalistic dark shit” that corporations, like Uber, “will do to squeeze more money out of you.”

Aubé doubled down in the comments when other TikTokers expressed doubt.

“We tried it [four times] within 30 [minutes]. Got the same price at 15% battery. Got the 20% [three times] in a row under 10% [battery],” he commented. He also said that Bolt, another ride-hailing platform, uses the same tactics.

A 2019 tweet from @Prestige_T also claimed that “Bolt, Uber, etc raise their prices relative to your battery level.”

In a 2016 interview on NPR’s Hidden Brain podcast, Uber’s Keith Chen said that the Uber app knows when a user’s phone is running out of battery. The company also came to the conclusion that “people are more likely to pay for surge [pricing] if their cell phone is almost out of battery.”

A 2019 VERIFY report, a series of pieces from WKYC that debunk headlines, backs up Chen’s claims by running its own tests, much like Aubé claims to have done.

“Using a phone that had below 20% battery and one that had more than 90%, VERIFY team members used the same location and destination and found identical prices,” states the VERIFY report.

Becky Katz Davis of Uber’s consumer communications team doubled down on Chen’s statements and called Aubé’s claims “completely false” in an email to the Daily Dot.

“Uber does not use any information about the user’s cell phone battery in setting prices, and has never done so. Ride prices are solely based on the location and time of the request as well as supply and demand,” Katz told the Daily Dot. “There is zero personal data used in setting fares.”

Commenters on Aubé’s video also pointed out that requesting rides on different phones from the same location could affect the supply and demand that Katz mentioned, therefore increasing prices.

Aubé confirmed in the comments that the requests were sent “at the same time” and urged commenters to try the experiment themselves.

Update 4:53pm CT, Oct. 4: In an emailed statement to the Daily Dot, Aubé said that he and his friend conducted the Uber price experiment four times in Prague.

He said the price was 20% higher on the phone with lower battery three out of four times. He also acknowledged that a slight variation in the route between the two ride requests may explain the price difference.

“I don’t claim that this is a robust experiment by any means,” Aubé said. “I haven’t done additional tests since then and I invite you and anyone else to test it yourself before spreading the information!”