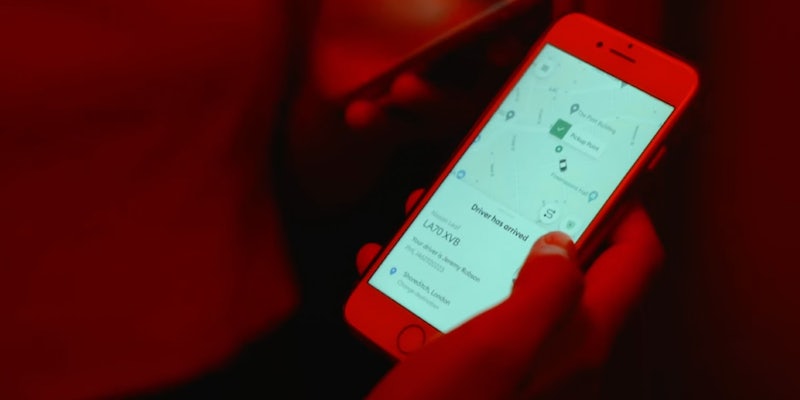 ‘We have to be careful’: Woman shares ‘scary experience’ with Bolt taxi driver amid recent U.K. murders (updated)

'It’s about catching these people before it’s too late.'

In a TikTok posted on Sept. 26, TikToker Daisy, or @babyblossomxox, said that a taxi driver tried to drive her to a property of his, asked for her number, made comments about her appearance, and lingered outside her house after she got out of the car.

“I just had a scary experience with a taxi driver and it’s not the first time,” said Daisy. “We have to be careful with everyone now.”

Daisy is visibly shaking and crying throughout the video, and says she is scared and “shaken” multiple times. According to her Instagram bio, she is a U.K.-based makeup artist.

“I just wanted to share my experience,” she says, through tears.

The TikToker said that she took the taxi driver’s number in order to avoid having to give him her own number. However, he then asked her to call him so he would be able to contact her after their ride. She told him she’d call him later, and even said that she was meeting a friend at her home to justify why she couldn’t go see his property during the taxi ride.

When she got out of the car, she walked up to a female stranger and asked her to fake a conversation with her while the driver watched them.

Bolt, the rideshare company that Daisy said she was riding in, commented on her TikTok.

“We are very sorry to hear about your experience,” they wrote. “Our team investigated the case and took appropriate action.” (Bolt did not immediately respond to the Daily Dot’s request for comment via email.)

In a follow up video, Daisy said that she spoke with Bolt on the phone about her experience. The company affirmed that the driver’s behavior was “totally unacceptable” and said she should also report the incident to the police. Bolt also told her that “an investigation has been started based on your statement.”

“One of the first things I wanted to do after that experience happened to me was to come on here and share it to stop this from happening to any other person,” she said. “All I could think in my head was ‘this guy is gonna go do that to someone else.'”

Many women commented on Daisy’s post to affirm her experience, offer their support, and share tips about staying safe when interacting with taxi drivers.

“Sometimes we forget that taxi drivers are [straight] up strangers,” wrote @sarahmabbs. “If I ever get a taxi alone I never let them take me to my actual address.”

“Ladies just a little safety note bolt taxi app do not have access to your phone calls or messages between you and the driver,” she tweeted. “If you’re going to use it always get screenshots.”

@MegTurner_ told the Daily Dot via Twitter direct message that she was made aware of this by Bolt itself.

In another follow up video, Daisy said that she had been receiving many negative comments expressing confusion and annoyance about her reaction to her experience in the taxi.

“In the first video, I didn’t mention that the taxi driver was commenting on my looks, saying that I had nice skin and calling me beautiful,” she clarified. “This is an inappropriate situation regardless of if he commented on my looks.”

She goes on to say that she thinks that if a man were in her situation, he would still find the driver’s behavior strange and out of place.

“In what world is it normal or appropriate for a taxi driver who is supposed to be making sure that you get safely to your destination to ask you to go to his house alone?” she asked.

In a third follow up video, Daisy said that she thinks that people who found the situation normal and thought she was overreacting “are the same people who, when something worse does happen to a woman, they are the first to say ‘oh but why would she go alone to a strange man’s house?”

Daisy used hashtags referencing Sarah Everard and Sabina Nessa in many of her videos. Both Everard and Nessa are U.K. women who were killed by strangers earlier this year. Everard was raped and murdered by a U.K. police officer, and Nessa was murdered by a garage worker.

A recent BBC explainer reported that 207 women were murdered in Great Britain in the last year and a half. Thirteen percent of those killed were attacked by strangers—while another 30 percent of the cases went unsolved. What’s more, The Guardian reported Saturday that 81 women in the U.K. have been murdered in the last seven months.

In an Instagram direct message, Daisy told the Daily Dot that her experience with that driver has left her “on edge” and “weary” of taxis. When going out at night, she has opted to take the train even though she feels doing so isn’t safe either.

“A lot of people don’t [realize] how important it is to report these incidents because it’s about catching these people before it’s too late,” she told the Daily Dot. “I didn’t go to the taxi drivers house but if somebody else does, I do believe they will be in danger.”

Update 10:30 am CT Oct. 4: In a statement to the Daily Dot, a Bolt representative said, “Bolt takes the safety of its passengers and drivers extremely seriously. This case is currently under investigation so we cannot comment on specifics.”

This post has been updated to clarify the circumstances around Daisy’s phone number. It has also been updated to exclude a video embed that featured an outdated TikTok username.