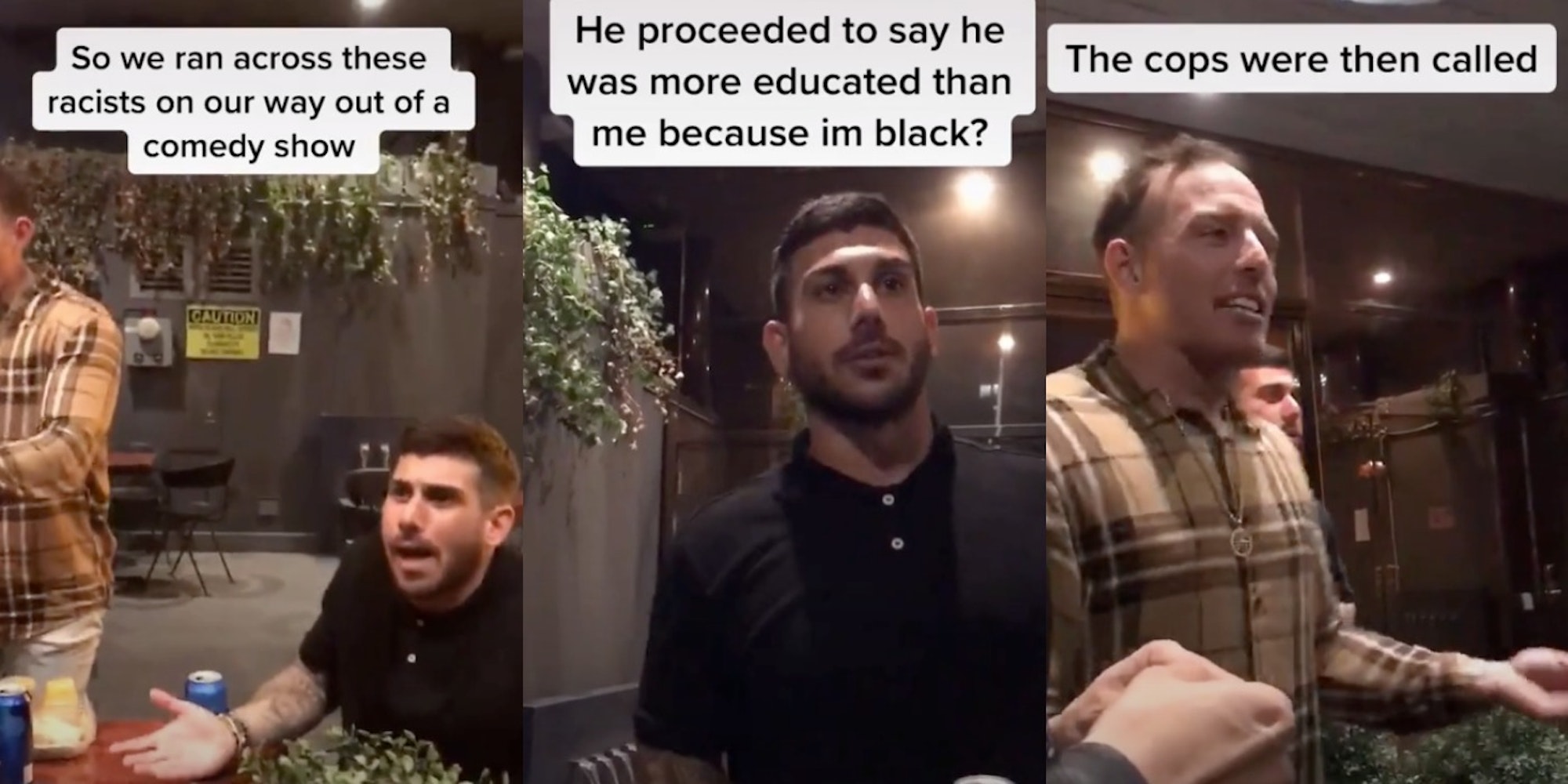 One of the men told a Black person, 'I bet I'm more educated than you.'

A viral TikTok shows a group of white men dubbed “all lives matters bros” calling the police on a group of Black people. During the altercation, one of the men tells a Black TikToker, “I bet you I’m more educated than you.”