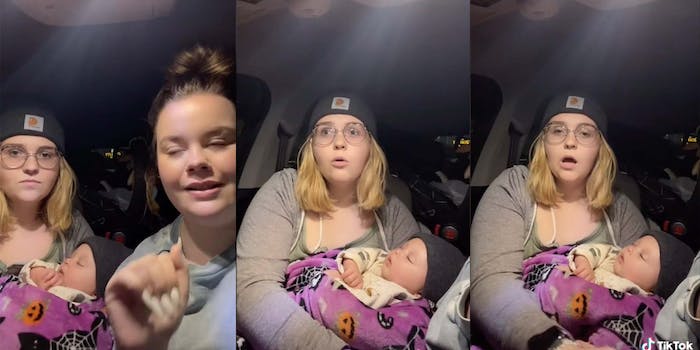 ‘The next time I get pregnant I’m giving my two weeks’: TikTok user says she was forced to do manual labor while pregnant and working at Ulta

'Complete disregard for all the things I told them I couldn't do.'

In a viral TikTok posted on Wednesday, TikToker @theshelbsshow says that she experienced discrimination when she became pregnant while working at Ulta. The TikTok was posted by @maddiebwells, and both TikTokers state that they are former Ulta employees.

User @theshelbsshow says that she was forced to do manual labor while pregnant after she tried to ensure that would not be the case. She also said was docked a “point” (a disciplinary measure used by Ulta) when she was on bedrest, which was required by her doctor. By Friday, the video had more than 15,000 views.

Maddie (user @maddiebwells) has posted multiple videos about her experience working at Ulta, which she called “toxic.” She said that she received “hundreds” of comments on previous videos about how pregnant Ulta employees were mistreated.

“They would ask me to get on ladders to put like backstock items up, they would have me bend over and put things on and off shelves, like push a big cart around,” @theshelbsshow said. “It was pretty much just a complete disregard for all the things I told them I couldn’t do.”

Maddie said that Ulta had “no leniency” for sick days, regardless of whether or not employees were pregnant.

The video received almost 2,000 comments, many of which tagged Ulta’s TikTok account. Others mentioned that pregnancy discrimination is illegal. Some even said they would no longer give Ulta their business.

“I lost my first baby because of my Ulta manager,” user @hannahtbruce commented. “The next time I get pregnant I’m giving my two weeks.”

“She can sue them,” @skyyyyo wrote. “That is highly illegal.”

Both TikTokers confirmed that @theshelbsshow’s child is okay.

The Daily Dot has reached out to Maddie and Ulta.