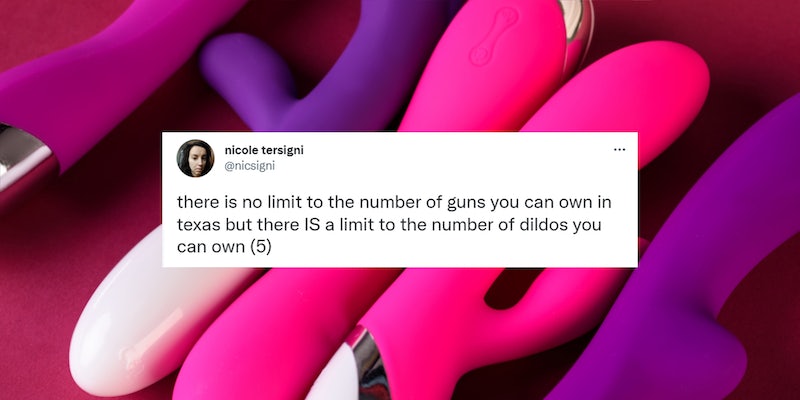 While mass shootings aren’t a uniquely American problem, it’s shocking and terrifying to know that there are people who are capable of grabbing a fully-automatic weapon, walking into a school with it, and opening fire on children.

It happened in Uvalde. It happened at Sandy Hook. It happened at Columbine and sadly, there are tons of other examples of school shootings that have occurred in the US. In many instances, semi-automatic assault rifles, like the AR-15, were utilized by gunmen to attack multiple people in a crowded area. Uvalde saw multiple children perish in the attack from the 18-year-old murderer who dropped out of high school and suffered from family dysfunction and mental health issues; both of which have been reportedly on the rise in America.

In the wake of the Uvalde, Texas school shooting, as is the case with many mass casualty instances in America, a re-invigorated call for banning the sale of semi-automatic rifles like the AR-15 has erupted. In the United States it is illegal for private citizens to sell, purchase, or own a fully automatic weapon unless it was registered before 1978. The AR-15 is not classified as an “assault rifle” as it is not fully automatic, however it has often been deigned an “assault-style rifle” and are considered “lite” versions of their military counterparts.

“There is no substantive-due-process right to stimulate one’s genitals for non-medical purposes unrelated to procreation or outside of an interpersonal relationship.”

Others pointed out similar incongruities.

While others lamented over America’s “broken” legal system that fails to keep its children safe from murderers infiltrating its schools.

Democratic leadership has been vocally outspoken against ownership of fully automatic weapons in the wake of the Uvalde shooting and have called for gun law reform. Many conservative leaders, like Ted Cruz have been criticized for “enabling” shooters with lax firearm sales legislation.

John McCormack of The National Review highlighted voting statistics pertaining to the assault weapons ban. Like in 2013 (after the Newtown massacre occurred at Sandy Hook Elementary), 16 Democratic Senators voted against the ban. Democrats outnumbered the Senate 55-45 at the time of voting on the Senate Bill 150, which was introduced to the senate by Dianne Feinstein. The entire voting record of the bill can be found here.

Former Colorado State Senator Mark Udall was quoted by Huffington Post in a December 2012 article as stating: “We all recognize that Colorado and our nation have a long and storied tradition of gun ownership for hunting, outdoor recreation and self-defense. However, I am not convinced that combat weapons are necessarily part of that heritage.”

There are other instances where government leaders have condemned gun violence but have failed to follow-through on banning assault weapons when it came to Senatorial votes.

Senate Bill 620 was yet another assault weapons ban that was introduced in 2005 during the 109th Congress, where Republicans held the Senate majority. That failed to pass as well.

NPR reported that “in 1994, President Bill Clinton signed an assault-weapons ban, which banned the AR-15 and other similar semiautomatic rifles.